Toronto nurse out $3,700 after scammers take her debit card on 'shopping spree'

TORONTO -- A Toronto woman is warning others about a taxi scam where perpetrators stole some $3,700 from her bank accounts as they played off her willingness to help someone in trouble during the pandemic.

Susan Palmer said she is the latest victim in a fraud that has been ensnaring people for at least a month in what appears to be widening areas of the city.

On Saturday night, Palmer said she was getting groceries at a mall near Eglinton and Warden when she was approached by a young man who needed her help to pay for a taxi.

"He said he had just called the taxi and the taxi was refusing to take his cash because of COVID,” she said. "I was a little leery, it was late and night, it was dark, but I was willing to hear his story."

She checked with the driver who appeared to be in what looked like a legitimate taxi vehicle, who confirmed the story, she said. So she gave the driver her debit card, punched her PIN number into their machine, and got a receipt for $19.50. The young man paid her $19.50 in cash. 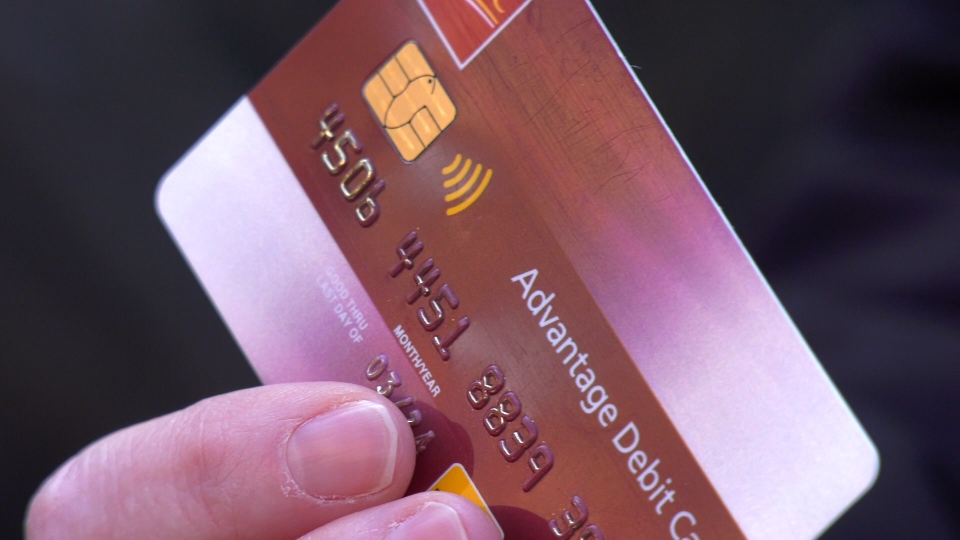 It wasn't until she returned to her condo that she checked her purse to find someone else’s debit card there. She called her bank immediately to shut her debit card down — but not before a lot of damage had been done.

She called the police, who are working on the case — and told her that she was the second victim that night they had contacted them, she said.

Toronto Police's 32 Division warned the public about a taxi scam with the same M.O. on Feb. 9th. But Palmer’s incident happened in 33 Division — a sign that whoever is doing this may be moving around. The force says there have been no arrests yet.

"We are urging the public to be aware of the taxi scam that’s going on throughout the Toronto area," said Const. Jen Sidhu. "The victim uses a modified point of sale terminal and that will take all their information."

The excuse — that the driver won't take cash — isn’t true, according to a number of taxi companies contacted by CTV News Toronto, who said they still take legal tender, but prefer touchless modes of payment.

Last year, 22-year-old Jerron Acosta was charged with a similar scam. His case is working its way through the courts.

And in 2019, police laid 262 charges against six people for their alleged involvement in a card-switching scam — some of them were taxi drivers, though the police said the taxi companies were not involved.

The COVID-related story in 2021 is just the latest twist on an old fraud, said private investigator Adrianne Fekete of Star Quality Private Investigations.

"These types of credit card and debit card type of frauds are on the rise,” Fekete said. "People during COVID are desperate and are coming up with new and innovative ways to defraud typically good Samaritans."

As for Palmer, she says it's time that whoever is doing this is stopped. She wants anyone approached by someone with this kind of excuse to think twice before they let go of their debit card.