Toronto island airport tunnel 'the first of its kind': Tory

The multi-million dollar underground tunnel linking the island airport to downtown Torontois the "first of its kind" in Canada, according to the city's mayor.

The tunnel between the mainland shoreline and Billy Bishop Toronto City Airport (BBTCA) was revealed at a ribbon-cutting ceremony at 11 a.m. on Thursday.

"The pedestrian tunnel has been a massive, complicated undertaking since construction began in 2012," Toronto Mayor John Tory said Thursday.

"It really is one of those very unique infrastructure projects in all of Canada – the first of its kind in the country."

The $82.5-million pedestrian tunnel to BBTCA opened for public use at 1 p.m.

Tory said the tunnel represented a collaboration between public and private partners, and came at no cost to taxpayers.

Speaking after Tory, federal Transportation Minister Lisa Raitt said the airport had been ranked among the best in the world.

The tunnel lets travellers walk between between the mainland and the airport in less than six minutes, thanks to moving sidewalks that travel at approximately 2.3 km/h. The tunnel will be able to accommodate approximately 1,100 people per hour, Ports Toronto has said.

Prior to the tunnel opening, the only way to access BBTCA was by 90-second ferry ride.

"The ferry service can cause delays, it can cause stress, it can cause headaches with wait times, and this only becomes worse if you miss it and have to wait for the next one… Lining up for one when you're rushing to catch your plane does not qualify for world class," Raitt said.

Ports Toronto says it will continue to run ferry trips back and forth for those who prefer to travel over the water. Ferries operate every 15 minutes and are free for pedestrians.

The 260-metre-long tunnel will also be used to provide sewer and water lines to the other Toronto islands.

Before the tunnel was built, residents on the islands were left without water any time a main broke or needed to be turned off. The new tunnel will provide a backup source for those who live across the harbour. 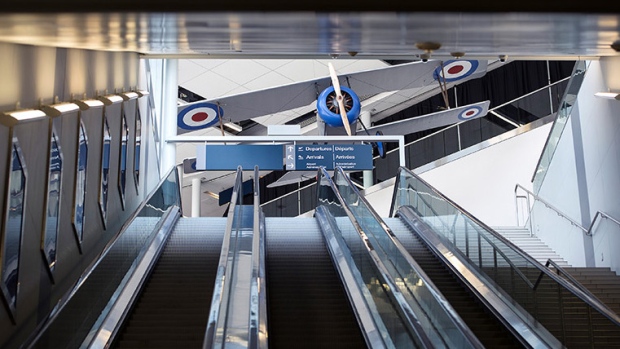 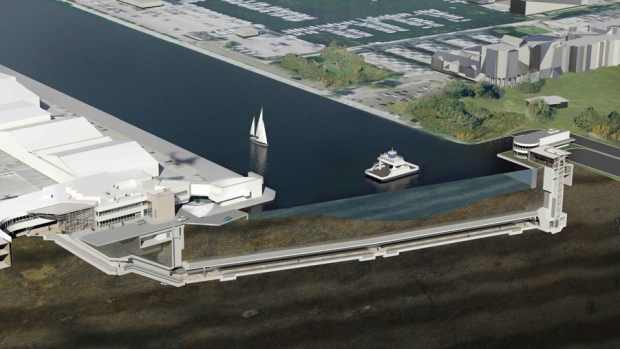