TORONTO -- A teenage girl is in hospital with critical injuries following an overnight shooting at a North York apartment building - the same location of a brazen shooting that killed a young boy three months ago.

Just before 3 a.m. on Friday, police responded to reports of a shooting at 25 Stong Court, near Jane Street and Finch Avenue.

A 14-year-old girl was found with a gunshot wound to her head inside her apartment, police said.

The girl was rushed to hospital in life-threatening condition, Toronto paramedics said.

In an update at the scene Friday morning, police said she is expected to survive. 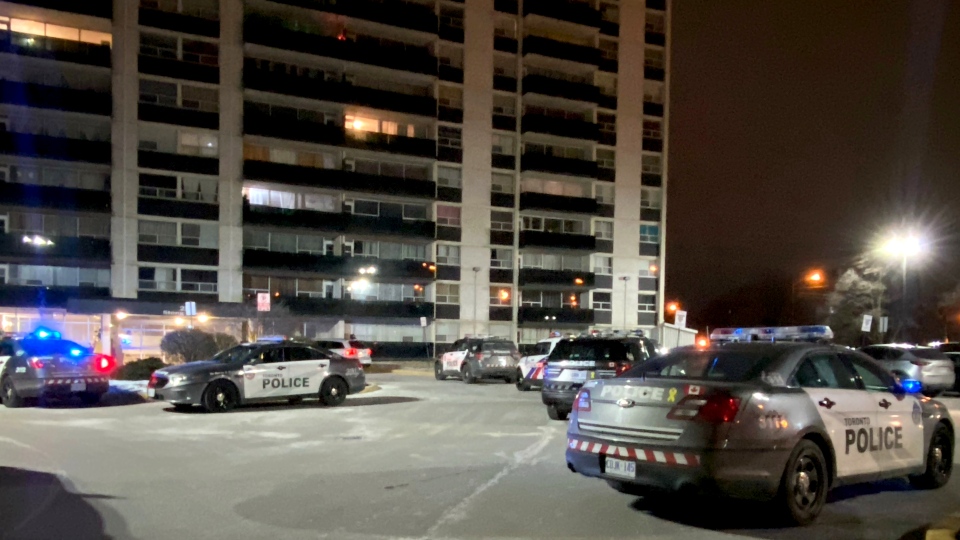 Toronto Police Acting Staff Superintendent Pauline Gray said they are looking to speak with a number of young people who were in the apartment at the time of the shooting.

“We are looking for several people who left the apartment, and currently we are speaking to a number of young people who were in the apartment. They were released to their parents and hopefully they will return with those parents to give us the statement,” Toronto Police Acting Staff Superintendent Pauline Gray in a media briefing Thursday morning.

Initial reports by police said four male suspects were seen fleeing the area on foot but police have not provided more details on this.

Gray said there was at least one adult in the apartment at the time of the shooting.

She added that police are looking into the possibility that the gunfire was accidentally discharged.

“If it is an accidental shooting and the people that are involved are listening to me. Do yourselves a favor. Get your parents and seek counsel and come on in and tell your side of the story,” she said.

Toronto Police Superintendent Ron Taverner was also at the briefing and called the incident disturbing.

“The community is outraged when they see massive shootings taking place, the number of guns that are on the street. We need people in the community to come forward and talk to us about people they know that have guns, let us do our job and interdict those guns and get these guns off the streets,” he said.

This is not the first time the apartment building has been tied to tragic circumstances involving gun violence.

On Nov. 7, 2020, 12-year-old Dante Andreatta Marroquin and his mom were walking on the west side of Jane Street after grocery shopping when he was struck in the neck by a stray bullet that came from the parking lot of 25 Stong Court. 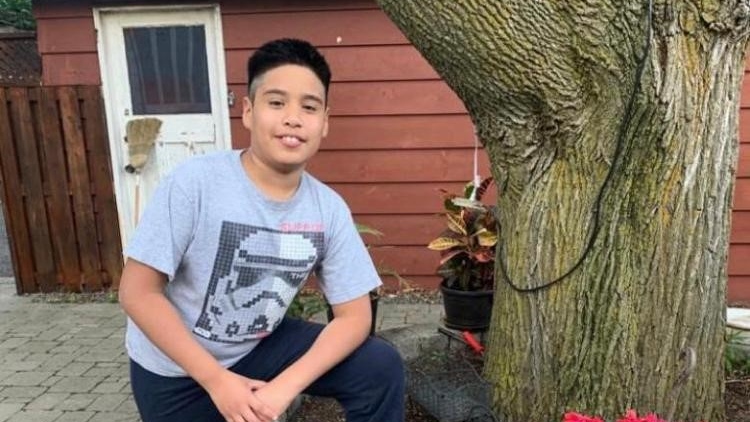 He was rushed to hospital in critical condition and succumbed to his injuries four days later on Remembrance Day.

According to Toronto police, at least 30 rounds were fired in the shooting, which may have been gang-related.

Three male suspects have been arrested and charged in connection with the shooting.

Mayor John Tory spoke to CP24 Breakfast about the recent increase in gun violence across the city and said it is very concerning.

"These spurts of activity of this kind are extremely disconcerting. It doesn’t matter what month it is, or what day it is or what part of the city is, it is very disconcerting and it is one of the most complex and difficult challenges we have at city hall, to try to figure out exactly how we can come to grips with this," Tory said Friday morning.

Police are asking residents in the area to check their dash cameras or surveillance videos for any information and to contact police.