Toronto gets almost 2,000 complaints about people not wearing masks inside condo, apartment buildings 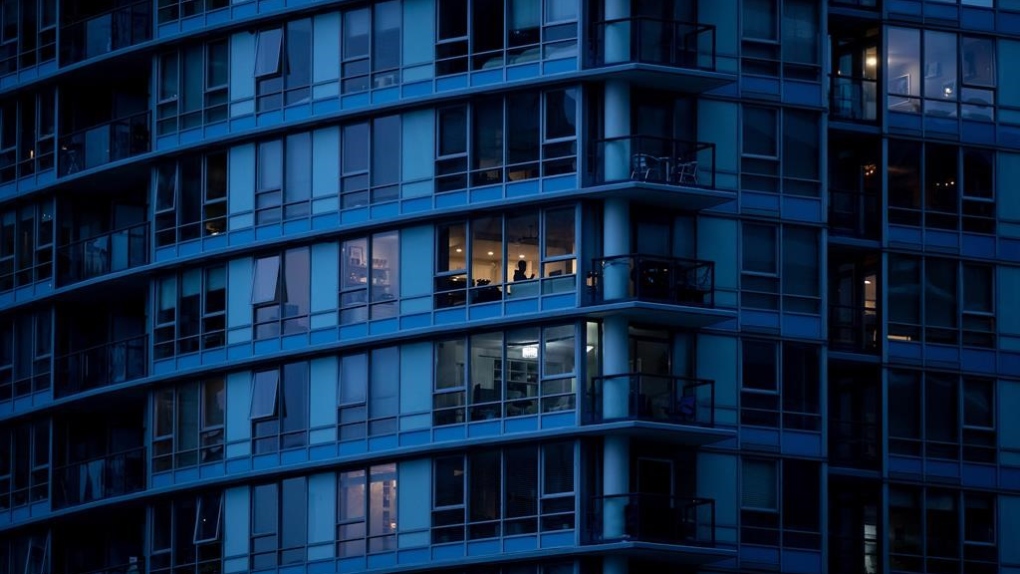 A resident, centre, in an upper floor condo is silhouetted as people have been urged to stay home to help prevent the spread of the coronavirus, in Vancouver, on Monday, March 23, 2020. THE CANADIAN PRESS/Darryl Dyck

The city implemented a bylaw in August that requires everyone to wear masks while inside lobbies, elevators, laundry rooms and other shared spaces of condo and apartment buildings in order to stop the spread of COVID-19.

Andrea Gonsalves, a spokesperson for the city, said that since the bylaw came into affect, the city has received 1,950 complaints to 311 about violations.

She said that despite the large number of complaints, the city’s hands are tied from really cracking down on the issue.

“Under the provincial regulation, there is no provision to charge an individual for not wearing a mask in a condo or apartment building,” Gonsalves said on Monday.

“Provincial regulations would have to write in wording that would allow local municipalities, who do their own bylaw enforcement as we do in Toronto, to indicate what is enforceable and what isn’t.”

Gonsalves said that currently the city is only able to charge residential building owners who are not following the city’s guidelines for signage, education and masking policy.

“When the city receives a complaint, the RentSafeTO team provides an advisement to the building owner as to the requirement of law including masking policy, proper signage, education,” Gonsalves said.

“In all cases they’ve complied. We have not had to charge a building manager for not posting the signage. That’s what’s enforceable.”

People who are unable to wear a mask due to medical issues are exempted from the city's bylaw.

CTV News Toronto reached out to the Ontario government about the issue on Monday morning, but has not yet received a response.