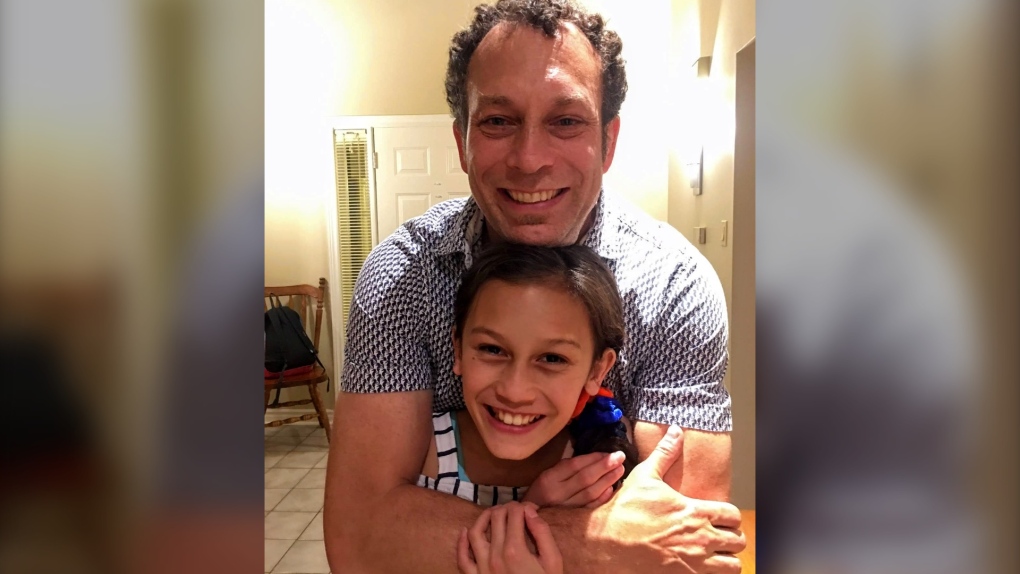 TORONTO -- A Canadian clothing line is helping transgender kids feel confident at the beach or pool with bathing suits designed to maximize comfort without compromising style.

Jamie and Ruby Alexander are the Toronto father-daughter duo behind Rubies, a fledgling fashion business that specializes in form-fitting clothing for trans and non-binary girls.

Ruby says she's proud to see how the brand is allowing other trans kids to take part in the same activities as their friends without worrying about what they're wearing.

"A lot of trans kids just stopped doing what they love to do, because they don't feel comfortable," Ruby, 12, said in an interview.

"We wanted to change the kids' lives, and we're happy to do that."

Since Ruby came out as transgender at nine years old, Jamie Alexander said fashion has been an important part of how she expresses her identity. But it hasn't always been easy to balance style against concerns for her safety.

At first, Ruby wore baggy boardshorts and sweatpants to athletic activities such as swimming, gymnastics and dance, Alexander said. Eventually, Ruby wanted to wear a bikini like her friends, so they got her one at a department store.

But as they were getting ready for a vacation in Central America in 2019, Alexander started to worry about what Ruby should wear to the beach in a place where there may not be the same cultural awareness of transgender identity.

He looked online for a swimsuit that would allow her to safely have fun in the sun, but the limited options he could find didn't seem age-appropriate.

Alexander knew that other families must be dealing with similar struggles, so he set out to launch a company that would offer a solution.

He teamed up with Ryerson University's Fashion Zone to design prototypes for bathing suit bottoms that uses a soft compression to provide a worry-free fit.

After getting in touch with other parents online, Alexander biked around Toronto to deliver samples, so transgender kids could try them on and give feedback.

Some families said their kids hadn't had much exposure to other transgender children, Alexander said, and it soon became clear that Ruby had a gift for connecting with customers.

"To say, 'hey, there's someone else out there just like you that understands you and understands what you're going through' is a really powerful thing," Alexander said.

"It's really touching to hear the impact Ruby and I can have with these families."

Alexander partnered with a Toronto clothing manufacturer to gear up for a launch last spring, but production was set back by the COVID-19 pandemic.

Ruby writes a personal message to accompany every shipment, which for some customers seems to be just as valuable as the product itself, said Alexander.

"We've gotten feedback that said some kids will put these postcards under their pillows, like it's this special treasure," he said.

Alexander also launched a crowdfunding campaign so Rubies could donate swimsuits to families who many not be able to spend $57 on bikini bottoms.

The brand has also expanded its offerings to include T-shirts, and recently started accepting preorders for a line of underwear.

Alexander said Ruby has been involved in every step of getting the business off the ground, helping her father keep up with the latest trends on top of the usual demands of homework and chores.

While it can be hard to juggle her duties as Grade 7 student and fashion maven, Ruby said it's worth it to see the impact that Rubies is having on kids like her across the globe.

"There's other trans kids in the world who need help, and I'm happy to see them smile, and I'm proud to be the person who I am," she said. @

This report by The Canadian Press was first published Jan. 26, 2021.