A Toronto family’s heart-wrenching journey to find a cure for their son’s ultra-rare disease has reached a new milestone.

This complex neurogenerative condition is caused by a missing protein in the brain and results in severe developmental delays, progressive weakness and stiffness of the legs, and paralysis by the age of 10.

Roughly 80 children around the world have SPG50. However, Michael is believed to be the only one with the disease in Canada.

The Pirovolakis family, who live in East York, learned Michael had SPG50 when he was just over a year old. 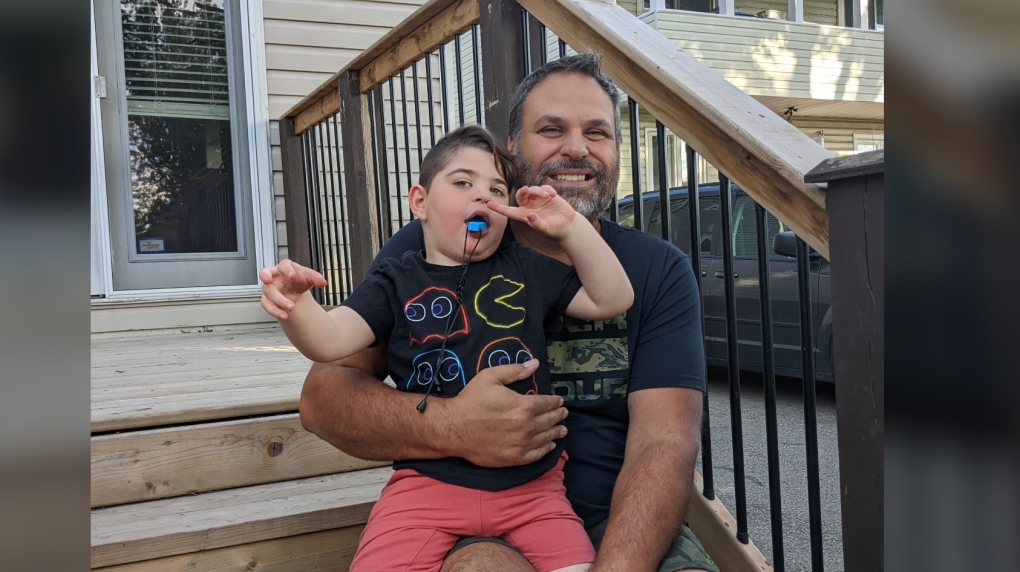 Four-year-old Toronto boy Michael Pirovolakis poses for a photo with his dad, Terry. Michael is believed to be the only person in Canada with an ultra-rare disease called spastic paraplegia type 50, or SPG50 for short. Last spring, he became the first person in the world to receive genetic therapy for this complex neurogenerative condition.

Determined to help their son, Terry and Georgia Pirovolakis immediately got to work to raise more than US$3 million needed to pay for the experimental treatment that could stop the progression of and maybe even cure their son’s disease.

Navigating the complexities of creating a cure for an ultra-rare illness, especially during a global pandemic, was no easy feat, Terry Pirovolakis admitted.

“It’s been a pretty long journey with lots of ups and down and then delays with COVID,” he said.

“We’re very grateful for our team. For every setback we always had a plan to move forward. We were always hopeful that everything remained on track.”

In December 2020, researchers created a prototype for the treatment and successfully tested it on animals in a laboratory. 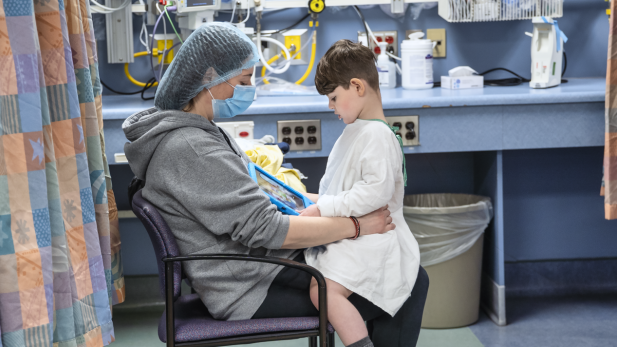 Michael Pirovolakis is seen in this undated image. (Toronto Hospital for Sick Children)

Dr. Jim Dowling, a staff physician at SickKids’ Division of Neurology and a senior scientist in the hospital’s Genetics & Genome Biology program, led the effort to diagnose exactly what kind of rare illness Michael has. He was the also lead physician on the east Toronto boy’s recent clinical trial.

Speaking with CP24 Monday afternoon, Dowling said he and his team at SickKids worked closely with the Pirovolakis family to discuss their options once they knew what they were dealing with, however despite recent technological advances no direct gene therapy was available to either slow down, stop, or cure the progressive effects of Michael’s illness.

“It’s an incredible feat what Terry, Georgia and the SPG50 Foundation achieved,” he said, pointing to all of the work that went into reaching this point.

“We’re feeling optimistic about this first hurdle and we’re monitoring how Michael’s body takes to this gene therapy. We’re still unsure how long it’ll be before these new nerve cells function properly.” 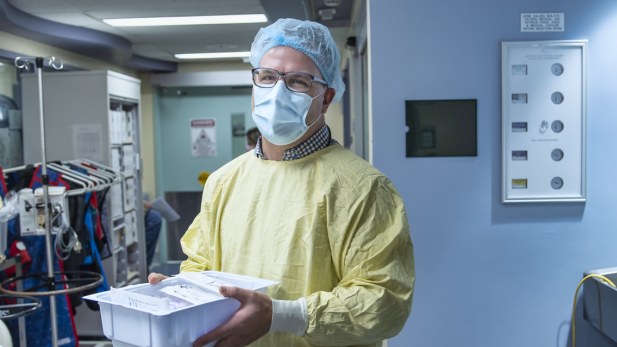 Dr. Jim Dowling is seen in this undated image. (SickKids)

Dowling said he’s confident the development of treatment options for other kinds of rare diseases will become easier and more affordable as genome-level sequencing continues to improve.

He also noted that the learnings and best practices from the work that went into creating the SPG50 gene therapy is of value to SickKids as the hospital works to find ways to remove barriers that impede finding a cure for countless other ultra-rare diseases.

“Our ultimate hope is we’re able to provide this type of individual care for all kids with rare illness,” he said.

“(The SPG50 gene therapy) is the start. … There are so many people in our new PCH group who are willing to work on something that has not been done before.”

Pirovolakis said its all about giving Michael and others with ultra-rare illnesses a “better life.”

“Successfully conducting the trial for Michael was not only a key milestone for him and his family but also for achieving SickKids’ vision for Precision Child Health, a movement to deliver individualized care for every patient,” he said in a news release.

“Not only can rare diseases be a springboard to figure out how to treat more common conditions, but learnings from Michael’s trial will help carve out a path for SickKids to explore innovative, precision-based treatment options for other patients with rare, genetic diseases.”

SickKids says there are “some indications his symptoms may be improving” and that he will continue to be monitored over “time to see whether the therapy effectively slows the progression of his disease and potentially reverses some of its impacts.”

Throughout this process, the Pirovolakis’ always kept in mind that their quest for a cure for SPG50 wasn’t just something they were doing for their own child.

“Our goal was always to help more than just Michael,” Pirovolakis said.

The company that manufactured the genetic therapy actually created 10 additional doses, however it costs US$250,000 per patient for the team to administer it and monitor its outcome for the next five years. Funds are now being collected and distributed through the charitable foundation the Pirovolakis’ created to help their son.

The plan is to start by administering the therapy, which the FDA just approved for use in the United States on Aug. 11, to two other SPG50 patients in Texas this fall and go from there.

“We’re hoping people will just open their wallets one more time and their hearts to help us treat as many people as we can,” Pirovolakis said.

An alliance of sex worker rights groups is in Ontario Superior Court today asking for several sections of the Criminal Code to be deemed unconstitutional.