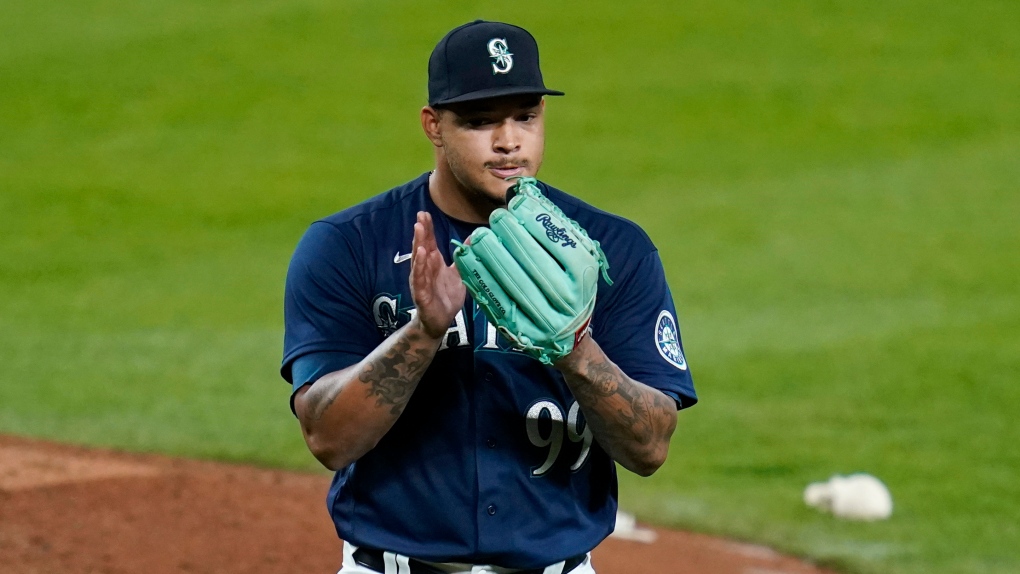 "His arsenal is complete," Atkins said of Walker during a videoconference following the trade. "He has the weapons to move through a lineup and he's been doing that this year.

"Starting pitching is such a difficult thing to do. To have all of those weapons . . . it's not a skill-set growing on trees so we're glad to have added another person that has those attributes."

Toronto had a bullpen day in its 9-1 win over the Boston Red Sox on Wednesday in Buffalo, N.Y., to give the ailing rotation a break. Five pitchers combined to allow three hits while fanning seven and walking three.

The plan was to use all relievers again Friday against the visiting Baltimore Orioles, although Atkins hinted that Walker could be available.

"We hope we'll have him on a private charter (Thursday)," Atkins said. "But at the same time we're not going to rush that and make sure we get he and his family in a comfortable position before we make that decision."

Walker underwent Tommy John surgery in 2018 and appeared in just one game for the Arizona Diamondbacks in 2019. The native of Shreveport, La., signed a one-year deal with Seattle prior to this season, returning to the team that drafted him 43rd overall in 2010.

"He's been a leader in the clubhouse in Seattle, we heard that from players, coaches, front office," Atkins said. "In talking to him already it's clear he's going to be a very positive influence on us in our culture.

"Another piece to our rotation that we're excited to add."

Toronto (15-14) was scheduled to host Boston on Thursday night. The Jays enter action holding the eighth and final playoff spot in the American League.

The major-league trade deadeline is set for 4 p.m. ET on Monday and Atkins figures to be busy right up to that time.

"I'd expect us to be extremely active, it's just what the results end up being," he said. "We'll be more focused on the run prevention side so that could be some kind of defensive complement that also provides offence.

"Pitching and run prevention will be our focus moving forward."

This report by The Canadian Press was first published Aug. 27, 2020.