TORONTO -- It may look like a house boat but it’s not going anywhere.

Secured to submerged concrete, #25 7 Brimley Road is actually a “float home” that allows residents to live on the water. 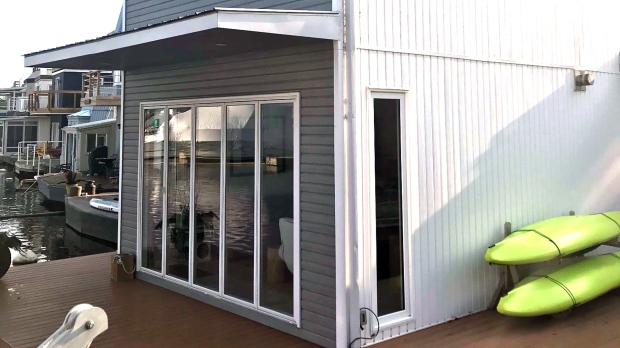 Originally built to house Olympic dignitaries the home and others like it were initially located near Cherry Beach. After Toronto lost the 1996 Olympic bid they were relocated to the Scarborough Bluffs at the foot of Brimley Road.

This home has recently undergone a massive renovation from top to bottom and has a new price tag of $1,175,000. 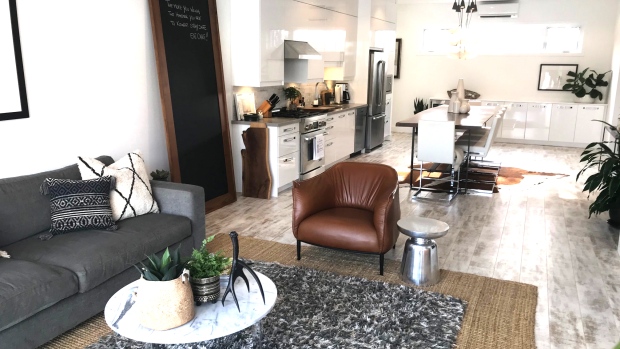 However, its biggest selling feature is still its location.

“Living on the water...there’s a magical aspect to your day-to-day life,” Denise Doucet of Royal Lepage Signature Realty said. “It’s so relaxing, there’s a sense of calm.” 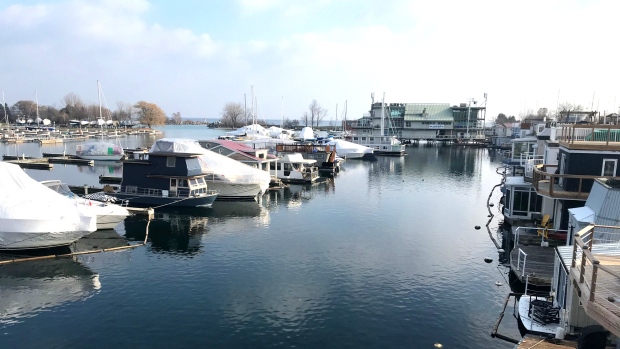 The heart of the city is about a 20 minute drive away from the home, but you would never know it stepping outside your back door.

“You have visitors like ducks, swans, beavers and deer that will come by and say ‘hello,’” Doucet said. “You’re allowed to escape from the city instantaneously.”

Although the majority of float homes on the Toronto street are about 20 years old, due to the complete renovation 25 is essentially only 3 years old.

“This particular home owner took it down to the bare base and they built everything from scratch,” Doucet said.

The finished home has a clean, modern look. A fireplace, heated floors, 10-foot ceilings, custom designed lighting and cabinetry are just some of the features that you’d never expect in a home on the water. 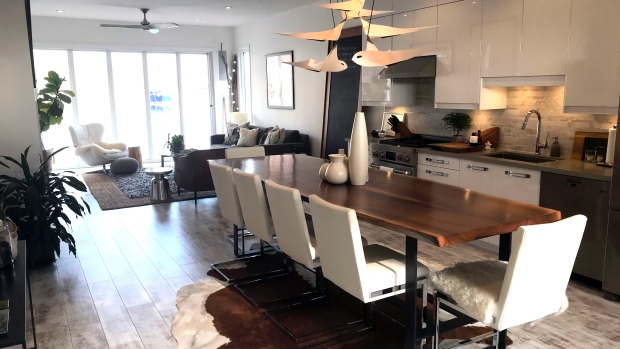 Living on the water does come with some special requirements. Septic waste goes into a holding tank beneath the home but unlike other float homes this tank is automatically pumped out to the sewer system ever evening. During winter months the water around the home has to be “bubbled” to prevent freezing.

For Doucet, who is a float home owner herself, its sunrise and sunset that really make living on the water special.

“Every single one is different, it’s beautiful,” she said.