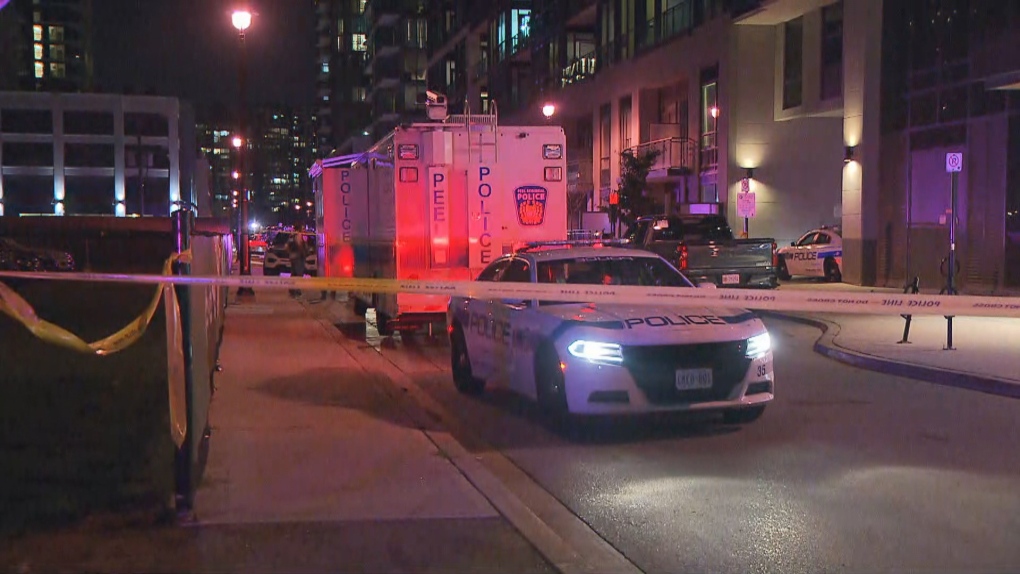 Peel police are investigating a brazen incident in Mississauga.

TORONTO -- The remaining suspect in a series of robberies across the Greater Toronto Area, who was also wanted for allegedly carjacking a vehicle with a child inside, has surrendered to police.

On the night of July 24, Peel police located a suspect vehicle, which was allegedly used in the robbery of a pharmacy near Credit Woodlands and McBride Avenue earlier in the day. The vehicle was found in the underground parking garage of an apartment building in the area of Burnhamthorpe Road and Confederation Parkway, along with another suspect vehicle.

Police said four suspects who they believe are responsible for several of armed robberies in the region, were in the garage at the time.

When officers arrived, the suspects attempted to flee the area.

Officers returned fire to prevent them from being injured or killed. There were no injuries reported.

Dalmar and another suspect, 23-year-old Zakariya Dalmar, were arrested.

The two other suspects, identified as 19-year-old Teshawn Kerr-Cover and 20-year-old Trestin Cassanova-Alman, fled the area on foot, police said.

Cassanova-Alman allegedly approached a pickup truck, entered the rear of the vehicle, and ordered the family who were still inside to drive away.

Police said the family attempted to get out of the truck, but before they were all able to escape, the suspect allegedly moved to the driver seat and drove away with an eight-year-old child still in the vehicle.

While being pursued by officers, the child was made to get out of the vehicle.

Police said the child was later located uninjured and the truck was discovered abandoned approximately four kilometres away.

Kerr-Cover was arrested and charged in August.

On Thursday, police said Cassanova-Alman turned himself in to police. He has been charged with kidnapping, seven counts of robbery, six counts of disguise with intent, two counts of dangerous driving, and possession of stolen property.

He is scheduled to appear in court for a bail hearing on Friday.

Anyone with information is being asked to contact police or Crime Stoppers anonymously.