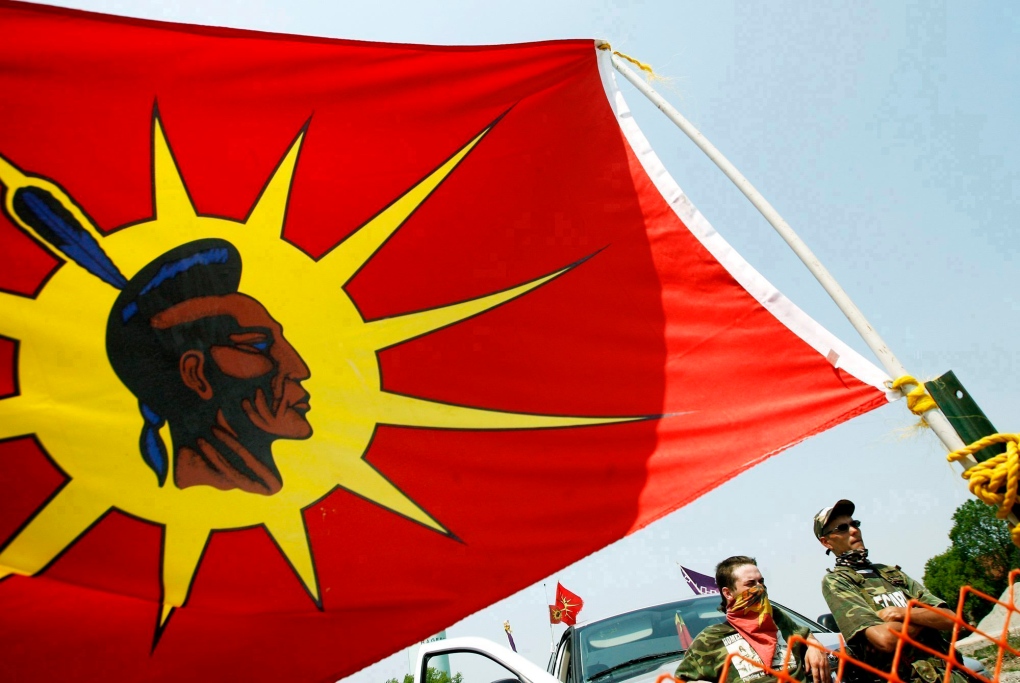 Six Nations protesters guard the front entrance of a housing development in Hagersville, Ont., just south of the 15-month aboriginal occupation at Caledonia on Wednesday, May 23, 2007. (The Canadian Press/Nathan Denette)

TORONTO - The Six Nations Confederacy is warning of "grave consequences" this summer if the Ontario government doesn't deal directly with its Chiefs council over the future of the former Douglas Creek Estates in Caledonia.

The Liberal government bought the disputed land in 2006 for $16 million to try to end an occupation of the planned housing development by a small group of First Nations protesters, and gave title to the Haudenosaunee Confederacy, which represents the Six Nations.

Zimmer described Wednesday's meeting as positive, and while he wouldn't offer details, he said they had agreed to meet again next week with Hill and Hewitt.

But the Haudenosaunee Confederacy Chiefs council, which declined an invitation to the meeting, issued a statement Thursday saying it is "deeply concerned for grave consequences that could erupt over the ensuing summer months" if the government doesn't return to direct talks without "third parties."

The statement said the provincial government knows the Supreme Court of Canada has ruled that band councils do not have the ability in Canadian law to represent the collective rights of First Nations people in title and land rights cases.