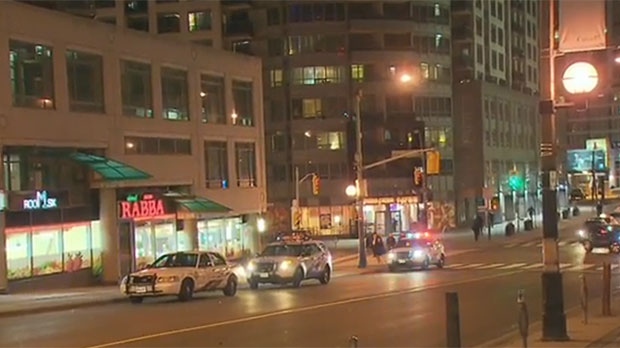 Police say Rabba staff will not be pressing charges after a shoplifter broke his arms and legs while attempting to flee from store staff.

Police say a man who shoplifted from a convenience store in the downtown core broke his arms and legs after he fell 30 feet while attempting to flee from store staff.

According to investigators, shortly before 10 p.m. Wednesday, a man stole lottery tickets from Rabba near Blue Jays Way and Front Street. When the store employees noticed the theft, police say they gave chase.

While attempting to flee, the suspect tried to jump over the railing of a pedestrian bridge near the Rogers Centre but misjudged the height of the bridge and fell 30 feet.

The man, who is believed to be in his late 20s, was taken to hospital with broken arms and legs but is expected to survive.

When employees learned about the suspect's injuries, they decided not to press charges, police added.