Ten years after a powerful tornado tore through the city of Vaughan, residents say they are still wary of drastically changing weather.

On Aug. 20, 2009, an F2 tornado packing winds as strong as 220 kilometres an hour damaged more than 650 homes. Video footage taken of the wreckage shows roofs completely ripped from buildings and debris scattered all along the roadway. At least 38 homes needed significant repair or had to be completely demolished or rebuilt.

Michael Mariano was about to sit down to a dinner that night inside his home on Burnhaven Avenue when he felt the impact of the storm.

“Ever see the movie ‘Twister,’” he asked. “The only thing we didn’t see was the cow. Barbecues, shingles, everything was flying all over the place and then we all got down as fast as we could.”

His home sustained about $800,000 worth of damage, forcing Mariano and his family to live in a hotel for eight months as it was rebuilt. 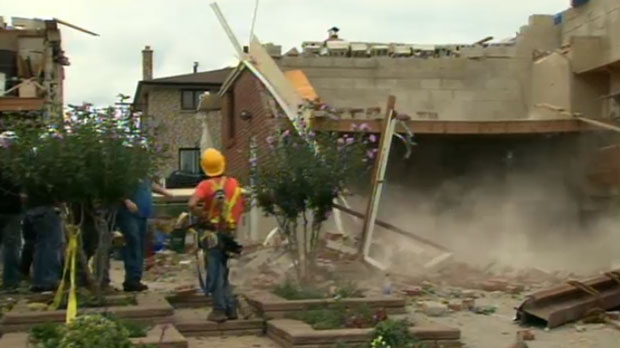 A home is damaged in a tornado that ripped through Vaughan in August 2009. (CTV News Toronto)

Liz D’Arpino also lives on Burnhaven Avenue and recalls looking out the window and seeing her patio furniture moving in circles.

“I thought, something is wrong here,” she said. “The wind was just pushing the rain sideways and like I said, when I saw my furniture doing that and it was wrought iron, I thought it’s got to be pretty strong out there.”

According to Environment Canada, at least 18 tornados touched down in Ontario that day. The other F2 tornado struck in the town of Durham. An 11-year-old boy was killed when the picnic shelter he was in collapsed. 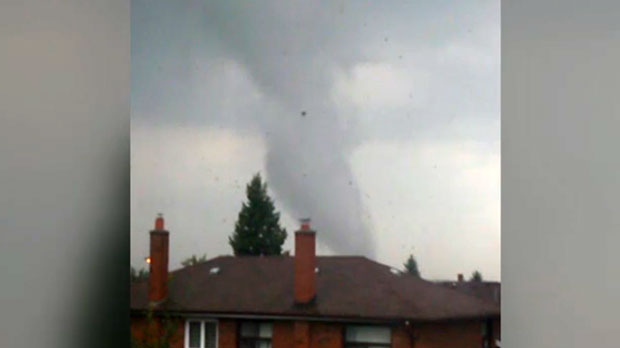 D’Arpino said that she pays close attention to tornado warnings since that day. Last September, a massive tornado ripped through Ottawa and Gatineau while just last week, a tornado warning was issued for Vaughan, Richmond H ill and Markham.

“When the weather starts changing drastically, I worry. I worry that it’s going to hit,” D’Arpino said.