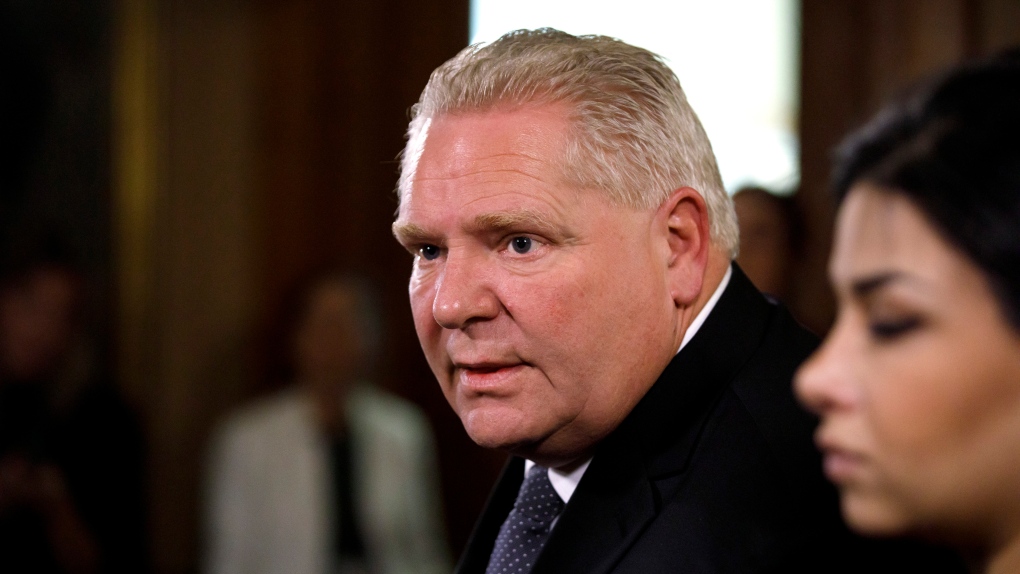 TORONTO -- Premier Doug Ford’s office says it will not publicize any text messages he may have received from Ontario teachers indicating they are unwilling participants in the ongoing labour dispute, despite his reliance on the messages to demonstrate support from educators.

Over the weekend, Ford told CP24 that he’s received “numerous texts” from teachers indicating that they are unwilling participants of the labour dispute.

“I have had numerous, numerous texts from teachers saying ‘I don’t want to be doing this,’” Ford told CP24 in Wiarton Sunday morning.

When CTV News Toronto asked the premier’s office for a sample of the supportive text messages on Monday, a spokesperson stated that the office is “not going to be making these text messages public.”

“We are not going to share any text messages that he’s seen or received,” Ford’s Press Secretary Ivana Yelich said.

While the premier’s office concedes that Ford raised the text messages, making them a relevant part of the conversation, it said it will not share them with the media.

When asked for a reason, the premier’s office said it didn’t need to provide one.

In July 2019, Ford was forced to cancel his personal cell phone number after being bombarded with hate mail and obscene photos from “special interest” groups.

At the time, the premier’s office shared a number of text messages with CTV News Toronto as proof of the abuse.

While the premier replaced his cell phone number, he has been reluctant to share the number with the public — breaking with a decade-long practice of asking voters to call him directly to help resolve issues they may be facing.

When asked how teachers may have learned about the premier’s new private cell phone number, Yelich said Ford has a “hard time shaking that habit” of handing out his digits in one-on-one meetings.

“Every once in a while when he meets someone he shares his number,” Yelich said.