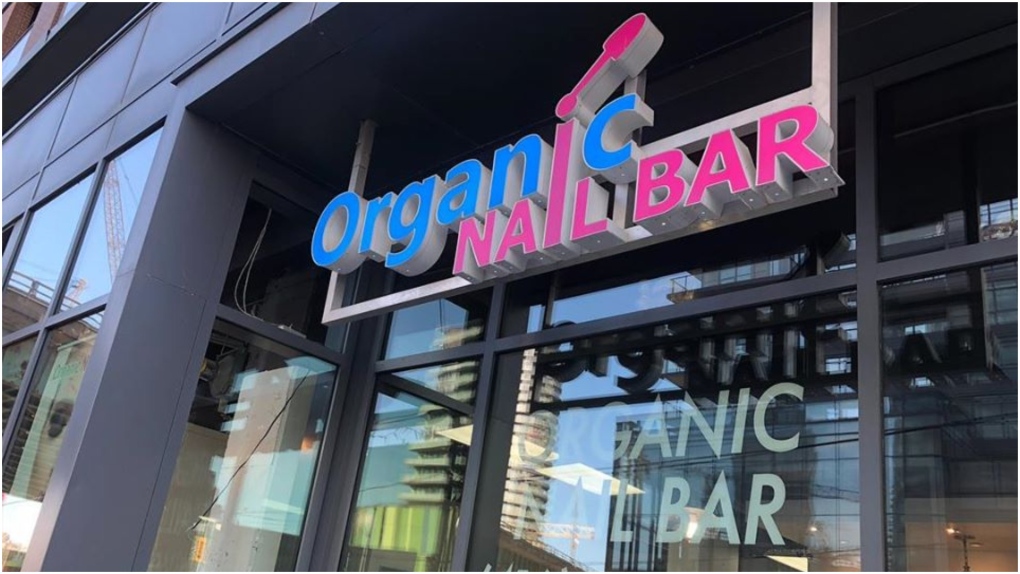 The owner of a popular Toronto nail salon says his employees became the target of a racist attack after a customer refused to pay for a manicure. (Facebook/Organic Nail Bar)

TORONTO -- A popular Toronto nail salon that just recently reopened following the COVID-19 lockdown says its employees became the target of a racist tirade after a customer refused to pay for her manicure.

Mike Duong owns Organic Nail Bar Blue Jays, located on Queen Street West near Spadina Avenue, and says he and his team had been working hard to open their doors safely after months of closure.

“We put a lot of effort into it,” Duong told CTV News Toronto on Tuesday. “We were suffering during the pandemic. We were closed for four months. So paying employees, the rent, other financial responsibilities, there is a lot of pressure.”

On Sunday, a customer was in the middle of a premium, $80 manicure when the problems started, Duong said.

Video posted to Instagram shows a portion of the interaction between the customer, who CTV News Toronto has decided not to identify, and Duong’s staff. In the video, the customer can be heard complaining to the staff about the quality of the service during the manicure.

Vicky Luu, the store’s manager, alleges that the customer began asking for discounts and yelling at the staff. More than an hour into the manicure, Luu said the customer then left the store without paying for the service.

On her way out, Duong said the customer began hurling racist remarks at his staff and then yelled “Why do they let Asian people in our country?”

Why they let Asian people in our country? On behalf of Organic Nail Bar, we would like to share this unwanted incident that happened today at our salon. First of all, when this customer came to the store, she tried to get a discount by accusing our employee of not doing a proper job while it was halfway through the service. Secondly, as she didn’t want to pay for the service, she used racist remarks and discriminatory attitudes towards our employees. Thirdly, we feel the need to speak up because we want other customers to know both sides of the story about this one-star review. We have two other customers who witnessed her bullying words and actions at Organic Nail Bar BlueJays. We are known for our quality customer service for years. Customers’ satisfaction is always our top priority. We always respect our customers and we hope our customers do the same. We’re just trying to work hard so that we’re able to bring bread to the table. We are sharing this as we hope to spread the message that discrimination and racism should not be tolerated by any means. Once again, we want to emphasize the racism we received. She said,”Why they let Asian people in our country?”. Customers and employees in the store confirmed that they have heard her hate speech clearly. Lastly, when we asked her to leave because of her disrespectful behaviour, she didn’t pay for our service we had provided for her. Our lawyers will be working on a lawsuit about this racist action towards our business.

Duong, who immigrated to Canada in 1991 from Vietnam and built up his nail bar business “from scratch,” said the comments are especially hurtful.

“It’s sad and upsetting,” he said. “We are trying to provide a service that society wants and needs. So mentally, emotionally, this incident has left us feeling very damaged.”

Duong said he is in the process of collecting evidence and plans to contact the police to press charges. The business says they have retained legal counsel and will be filing a lawsuit against the customer.

Communications provided to CTV News Toronto from the nail bar appear to show the customer explaining to the business that she was “pissed off” and responded to a potential lawsuit by saying “I don’t have a lawyer, I’m a millennial.”

“What are you going to sue me for, I have nothing, y’all are stupid,” the customer added. 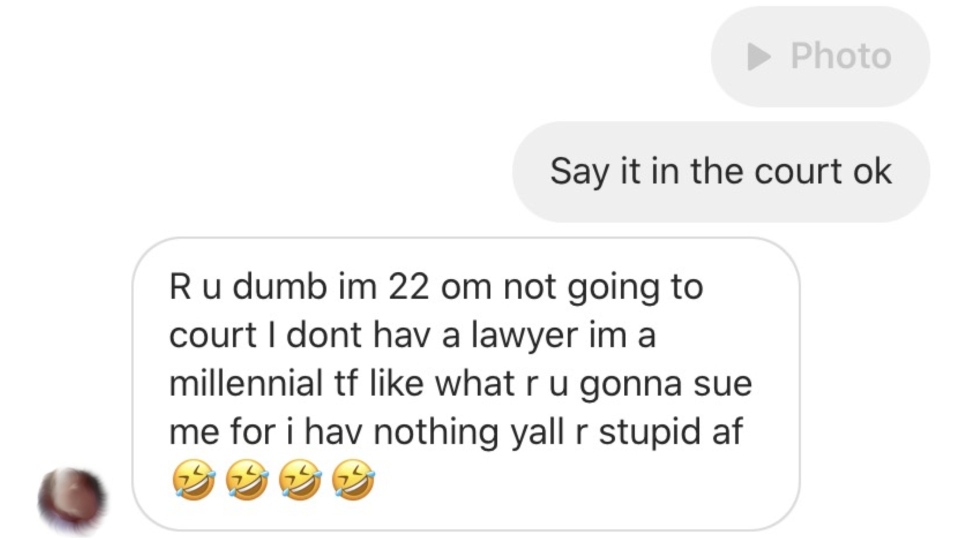