Police have released new information about a suspect’s vehicle that was involved in a fatal hit-and-run last month in Scarborough.

The incident happened on August 30th around 10:23 p.m. on Sheppard Avenue East between Abbotsfield Gate and Palmdale Drive.

Police say the female victim was standing in the centre turn lane waiting for a break in traffic before attempting to cross from the south side of the street to the north side.

That’s when a suspect driving eastbound on Sheppard Ave. at a high speed struck the 34-year-old woman and continued eastbound before making a right turn southbound on Warden Avenue, Police said.

First responders arrived on scene and the woman, later identified by her family as Celeste Jones, was pronounced dead. 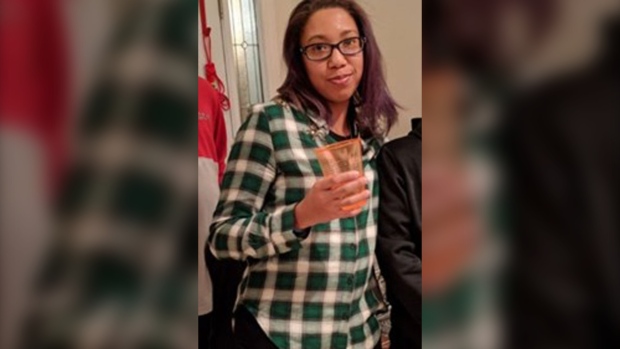 Celeste Jones was killed in a hit-run in Scarborough. (Supplied)

Further investigation by Toronto Police has determined that the suspect’s vehicle is metallic grey in colour and its paint was made for Mitsubishi vehicles between the years of 2005 and 2009.

Glass was found in the victim’s clothing which suggests that the suspect’s vehicle may have sustained windshield damage, police said.

Investigators are pushing for body shops and car dealerships to make note of this information and to contact them if they have repaired vehicles with a similar description since August 30.

Anyone else with information relating to this incident is also being asked to contact police or Crime Stoppers.

A vigil will be held this Sunday, September 15th at 9 p.m. at Sheppard Ave. and Abbotsfield Gt.