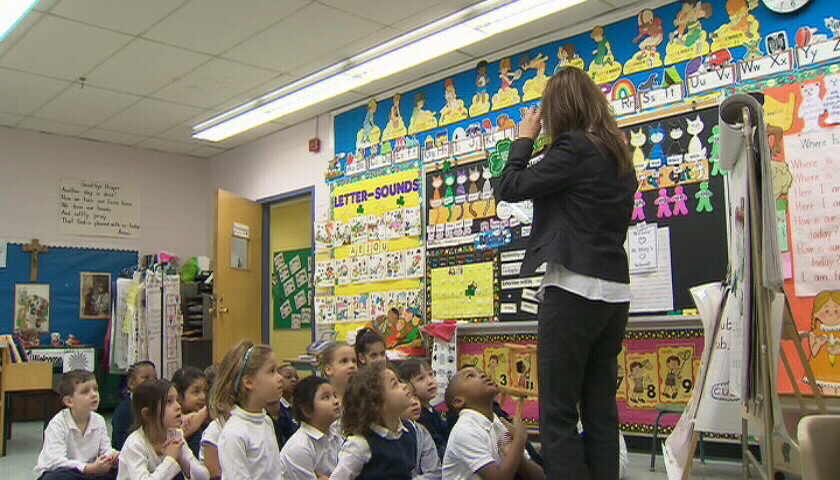 Ontario education workers will be in legal strike position as of Sept. 23, as their union took the first step Thursday toward job action. (file photo)

Thousands of Ontario school support employees have voted to hit the picket lines late-September, less than a month after students returned to classrooms.

The Canadian Union of Public Employees (CUPE), which represents custodians, early childhood educators and school administrators, says 93 per cent of it members supported job action, which could begin as early as September 30.

“Our plan for job action is about standing up for students and protecting the services that CUPE education workers deliver across the province,” Laura Walton, president of CUPE’s Ontario School Board Council of Unions (OSBCU), said.

Walton said the central disagreement between CUPE and the government is over the $235 million Local Priorities Fund, introduced by the Kathleen Wynne Liberal government in 2017, as a way to broker peace with education unions ahead of the 2018 election.

While school boards used the fund to hire between 1,600 to 1,830 full-time education workers, the Progressive Conservative government announced in March that board could no longer count on the money and that it would be subject to contract negotiations.

Late last week Walton told CTV News Toronto that she had received “displays of solidarity” from teachers unions and said her “hope would be” that no teacher crosses the picket line.

While the union entered legal strike position on August 30, Walton said all parties have two more scheduled negotiating dates which could determine the outcome.

“We’ll continue to do everything we can to avoid a labour disruption,” Walton said in a news release.

Ontario's Education Minister Stephen Lecce has responded to the news.

“With the school year beginning, it is important that parents, students and educators have predictability," he said.  "Our government will continue to negotiate in good faith in order to reach a deal that makes sure students remain in class."