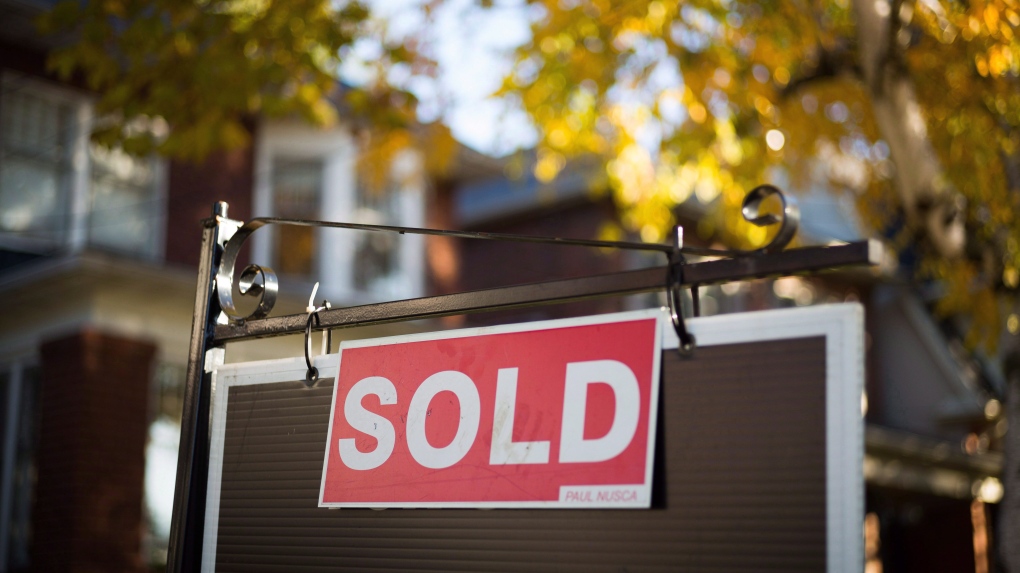 The hot real estate market in Toronto and the surrounding areas pushed home sales up 27.7 per cent in February compared with the same month a year ago. (Graeme Roy/The Canadian Press)

TORONTO -- Ontario is proposing banning the practice of double ending, in which a real estate agent represents both a buyer and a seller in a transaction.

The province's Liberal government announced a 16-point housing plan earlier this year, with centrepiece planks of a 15 per cent foreign buyer tax and expanded rent controls.

Another plank was reviewing the rules for real estate agents to ensure consumers are fairly represented. The government has now published several proposals for changes to real estate agent rules and penalties, and is seeking public consultation on them.

One of the proposals is to ban -- with some limited exceptions -- agents from representing both the buyer and seller or more than one potential buyer in a trade.

"These competing interests may make it challenging for registrants involved in these types of transactions to meet their obligations to their clients or to be able to advocate effectively on behalf of either party."

The Ontario Real Estate Association welcomed the review since the governing legislation dates back to 2002, said CEO Tim Hudak.

"The world of real estate has changed tremendously in the last 15 years -- much higher home prices, more sophisticated consumers, greater technology," he said.

Consumers have raised concerns that the financial incentives in double-ended deals might lead to agents engaging in unethical behaviour, the government says in its paper.

"This divided loyalty and the associated risks may leave some consumers vulnerable even when written consent is obtained and the necessary disclosures...have been made."

Currently, double ending is allowed if all of the clients the agent is representing give their consent to the arrangement in writing.

Under the government's proposed changes, different agents from the same brokerage could represent the buyer and the seller in a transaction. The "limited exceptions" to the double-ending ban would be if there is a private arrangement between family members or in a small market where there are very few agents.

Consumer Services Minister Tracy MacCharles says the government wants to make sure that Ontario homebuyers are protected and not being harmed by unethical real estate practices.

Ontario says its proposed new model is similar to how British Columbia, Alberta, Nova Scotia and Manitoba approach multiple representation in real estate deals. It is looking to those jurisdictions to learn best practices.

OREA would also like to see the government address several other areas, Hudak said, including so-called escalation clauses, which say a buyer will top the highest competing offer, up to a certain amount. More common in the U.S., they have recently been popping up in Ontario, Hudak said.

"An unethical person could immediately cause you to go to the highest price you're willing to pay," Hudak said. "In order for a clause to work you'd have to find out what other people are bidding and that currently breaks the code of ethics to protect consumers' privacy."

Specialty licences for realtors should also be considered, Hudak said. That way, if an agent claims they are an expert in commercial or condo or cottage properties, they should be able to obtain a designation to back that up, he said.

Realtors have also been pushing for the ability to form personal corporations. There is already a bill before the legislature that would allow this that has passed second reading.

The government is also considering increasing the maximum fine for salespeople and brokers who violate a code of ethics from $25,000 to $50,000 and $100,000 for brokerages.

A second and broader phase of reviewing Ontario real estate rules will start in the spring of 2018.