Ontario pledges $1B in funding for Ring of Fire project 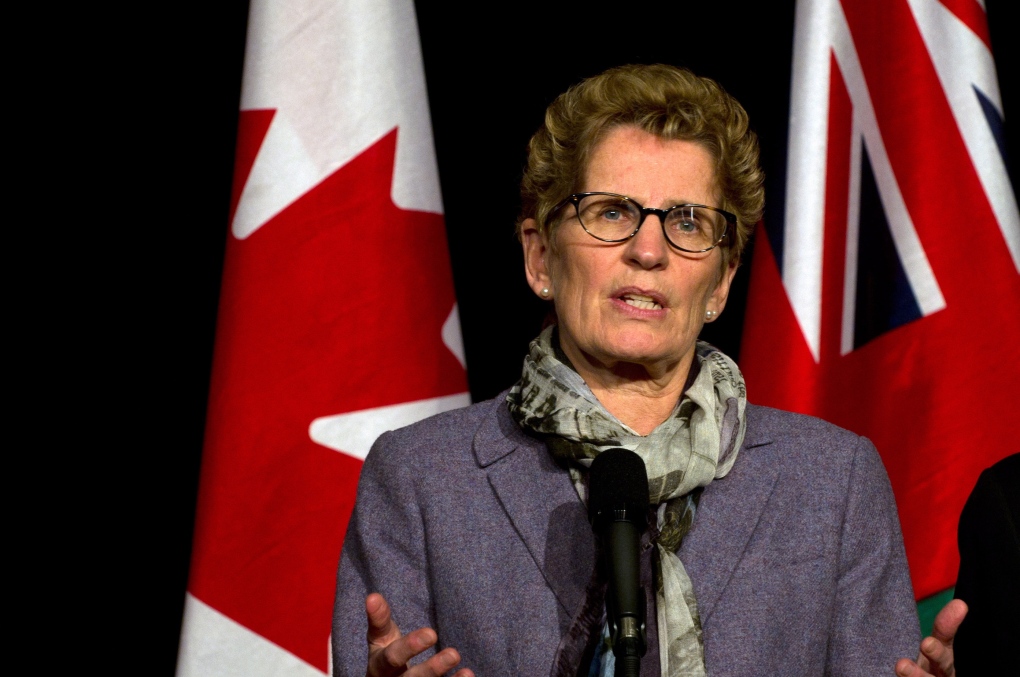 Ontario Premier Kathleen Wynne takes questions from the media after speaking to a theatre audience in Port Hope about her vision for creating jobs and growing the economy in Eastern Ontario Friday, February 7, 2014. THE CANADIAN PRESS/Galit Rodan

TORONTO -- Ontario's governing Liberals say they're willing to put up $1 billion to develop an all-season transportation corridor to the Ring of Fire.

They're calling on Ottawa to match the funds to build the infrastructure that's needed to develop the mineral-rich deposit, which they say will create jobs and boost northern Ontario's hard-hit economy.

The province has maintained that the federal Conservatives should be actively involved in the Ring of Fire's development as they have for other projects, such as the Alberta oilsands.

The Ontario Chamber of Commerce has estimated that the project could generate $9.4 billion in new economic activity over the next decade and support 5,500 jobs a year.

It said it would also provide the federal, Ontario and municipal governments with almost $2 billion in revenue over that period and $6.7 billion over 32 years.

But the lack of a transportation route has been a major barrier to developing the Ring of Fire -- about 500 kilometres northeast of Thunder Bay, Ont. -- which is believed to contain one of the largest chromite deposits in the world.

The project suffered a major setback in November, when a big mining company that was going to pour $3 billion into the Ring of Fire suddenly pulled out.

Cliffs Natural Resources Inc. suspended its operations indefinitely, saying it couldn't keep spending money while the question of whether it would be able to build an all-weather road to the remote site remained in doubt.

Noront Resources Ltd. (TSXV:NOT), which wants to develop its Eagle's Nest and Blackbird mining projects, said the province's commitment is a "vital milestone" that will benefit remote First Nations communities.

"Mining and the associated job creation can't happen without infrastructure, so we are pleased to see the province make a clear public commitment to funding a transportation corridor in the Ring of Fire," Noront president and CEO Alan Coutts said in a release.

The Liberals say they've been asking Ottawa for months to commit money to developing a route.

They've asked Prime Minister Stephen Harper to pay for half the $2.25-billion estimated cost of building both roads and industrial infrastructure.

Greg Rickford, the federal minister responsible for the file, has said it's up to Ontario to apply for infrastructure funding under the new Building Canada fund.