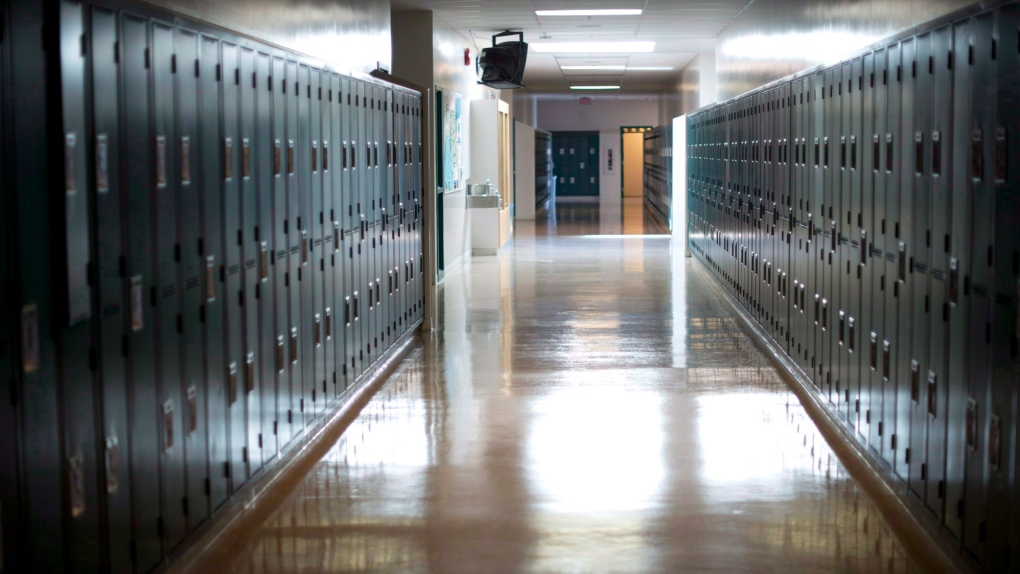 A empty hallway is seen at McGee Secondary school in Vancouver, on Sept. 5, 2014. (THE CANADIAN PRESS/Jonathan Hayward)

The Elementary Teachers’ Federation of Ontario says it plans to hold a strike vote at a series of meetings with its 83,000 members over the next two months.

In a news release issued Wednesday, the union's president Sam Hammond said that the mass meetings will be conducted in 76 locals during late September and October.

“Members will be asked to demonstrate their support for ETFO bargaining priorities that include more support for students with special needs, class size and class structure, the protection of Full-Day Kindergarten and fair and transparent hiring practices,” Hammond said.

ETFO says its goal is to reach a deal at the central bargaining table without undertaking job action.

“(ETFO) is committed to continuing negotiations at the bargaining table until a fair and reasonable collective agreement can be reached for public elementary educators in Ontario,” the news release concluded.

ETFO, the Ontario Secondary School Teachers’ Federation (OSSTF), the Ontario English Catholic Teachers' Association (OECTA), and 55,000 education workers represented by the Canadian Union of Public Employees (CUPE), have been without contracts since they expired on Aug. 31.

CUPE will be in a legal strike position come the week of Sept. 23 after filing a no-board report earlier this month.

Laura Walton, president of CUPE’s Ontario School Board Council of Unions, previously told CP24 that the two sides are “significantly far apart” at the negotiating table.

Earlier this month the province’s education minister Stephen Lecce said the government is “working hard” to negotiate a deal with teachers and education workers.

“We are fighting hard, working hard at the table to land that deal... because our students deserve that,” he said. “They deserve to be in the class, being educated, and I think our parents deserve that predictability as well.”