One person killed in apartment fire in Parkdale 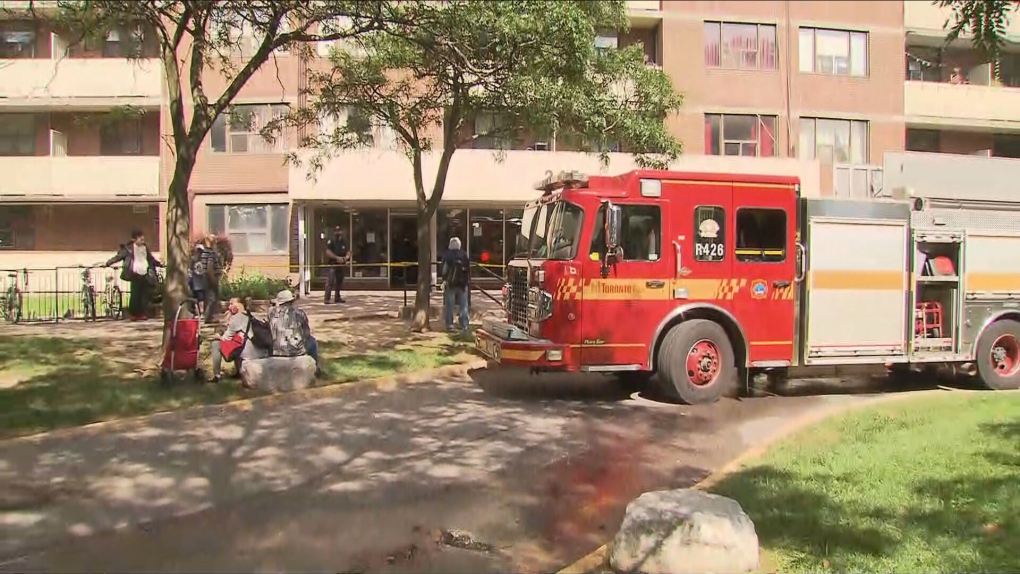 A fire broke out at an apartment building in Parkdale.

TORONTO -- One person was killed in a fire that broke out at an apartment building in Parkdale Monday afternoon.

Toronto Fire crews were called to the building on Dunn Avenue, south of Queen Street West, just before 3 p.m.When they arrived, firefighters located the fire in a 20th-floor unit and were met with heavy smoke.

After gaining access to the unit, crews located a male occupant inside. He sustained severe burns and was quickly removed from the unit.

Toronto paramedics said the victim was pronounced dead at the scene.

Acting Fire Chief Tony Bavota said the fire was contained in that unit, but several residents on the 20th floor had to be evacuated due to smoke.

“They did a fantastic job of being able to stop it from spreading beyond that. I do know that there were some smoke that had migrated to the remainder of the floor. And so, there was work that was being done in order to ventilate the building to make it habitable again for the other occupants of the floor,” Bavota said.

The cause and origin of the fire are unknown at this time. A Toronto Fire Services investigator has been called to the scene, and the Office of the Fire Marshal has also been notified.

“Those investigators will work together with Toronto Police to put together the pieces to try to understand what happened here,” Bavota said.

This is the second fatal fire in the city on Monday. Earlier, crews battled a fire at a motel in Scarborough.

A man in his 40s was removed from a locked room, and despite life-saving efforts, he was pronounced dead.

The cause of that fire is under investigation.