New gun-control recommendations due 'in the coming weeks': Bill Blair 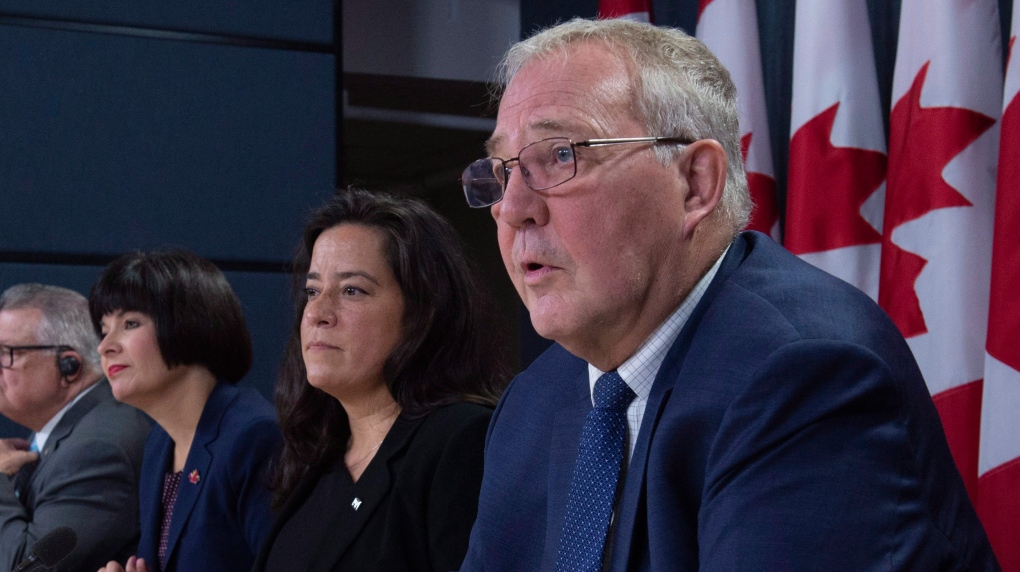 OTTAWA -- New ideas for federal gun-control rules will likely come with in weeks, says the minister responsible for devising them.

Since August, Bill Blair has been studying ways to get handguns and assault rifles off Canada's streets, with measures that might include anything from restrictions on sales to crackdowns on smuggling.

Tuesday, the former Toronto police chief and current minister for organized-crime reduction told reporters he hopes to complete the work "in the coming weeks" and present a report to Prime Minister Justin Trudeau.

"When we've got it all compiled, I'll take it back to him and share with him what Canadians have told us," he said.

When Trudeau named Blair to the cabinet, his instructions included that he lead an examination into "a full ban on handguns and assault weapons in Canada." Since his appointment, Blair has been travelling the country to discuss the issue.

The bill includes changes to the Firearms Act and Criminal Code. Among its amendments are considering events more than five years in the past when judging applicants' eligibility for gun licences; requiring a buyer's licence be verified in the sale of non-restricted firearms; and having businesses record information about the people to whom they sell guns.

The Liberal government is concerned that the bill's provisions won't do enough to stop gang violence in large cities such as Toronto.

In 2016, more than half of firearm-related violent crimes involved handguns, according to Statistics Canada.