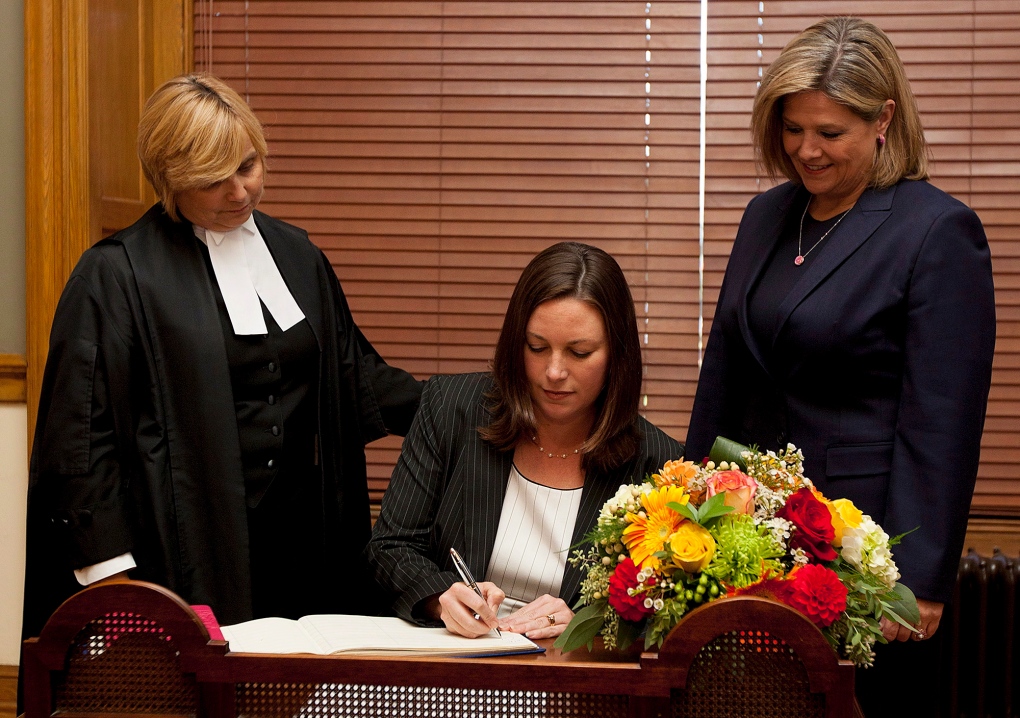 TORONTO -- The NDP is proposing new rules to restrict Ontario premiers from proroguing the legislature for purely partisan purposes, accusing Dalton McGuinty of abusing the power.

New Democrat Catherine Fife says she was shocked last Oct. 15 when McGuinty announced his resignation and prorogued the legislature indefinitely just 11 days after she had first taken her seat as the MPP for Kitchener-Waterloo.

Fife accuses McGuinty of shutting down the legislature to avoid accountability for the scandals around two cancelled gas plants and a police probe into the Ornge air ambulance system.

Fife is introducing a private member's bill that would force a premier to first get a majority of the legislature to pass a motion agreeing to prorogation and set a firm date for the house to return.

She admits Ontario would be the first jurisdiction using the British parliamentary system to change the rules on prorogation, but says the NDP got a legal opinion that the bill would be constitutional.

Private members' bills rarely become law in Ontario, but Fife hopes the Progressive Conservatives, who also were angry when McGuinty prorogued the legislature, will support her initiative.

She points out even Liberals such as new Premier Kathleen Wynne had said they were uncomfortable with prorogation.