It stands high in the sky, towering over its closest neighbours.

A home under construction in Richmond Hill, Ont. -- which is nearly twice as tall as the others on the street -- has heightened concerns among residents.

"It's a monstrosity and an eyesore," Ward 5 Councillor Karen Cilevitz told CTV News Toronto. "It's like somebody put a lighthouse in the backyard of all of these residents."

The number of residents complaining about the project is significant, according to Cilevitz, who said she's received complaints from as many as 20 residents in the area.

The question among residents is unanimous: How was a home this size ever approved by the city?

Despite how much the house stands out, Cilevitz said the property was built to all zoning specifications -- if only by a hair.

The height of the house, according to the plan, is 10.97 metres. The maximum allowable height for the area is 11 metres. 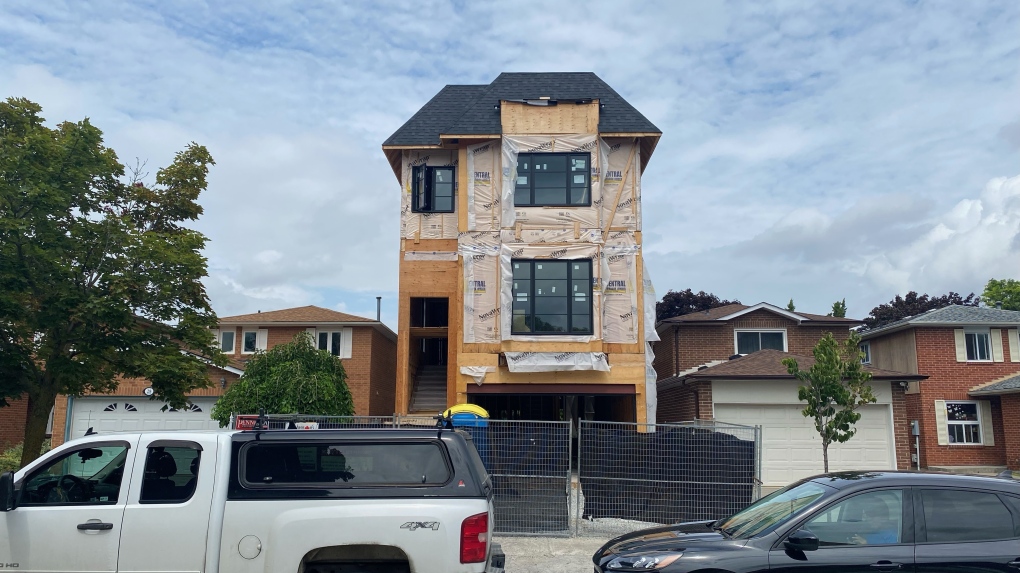 The house will cover 39.7 per cent of the lot. The maximum allowable is 40 per cent.

"I'm just trying to build a house for my family. We love the area," he told CTV News Toronto.

The father of two has owned the property for nine years. He grew up in the area and attended a nearby school.

Lanni said he only wanted to follow the rules -- but is now facing some backlash and the house has already fallen victim to vandalism.

"Unfortunately, people are not happy, there's a crack in my window already. Someone threw a stone or a pebble," he said.

But not everyone in the neighbourhood is put off by the high-reaching house. 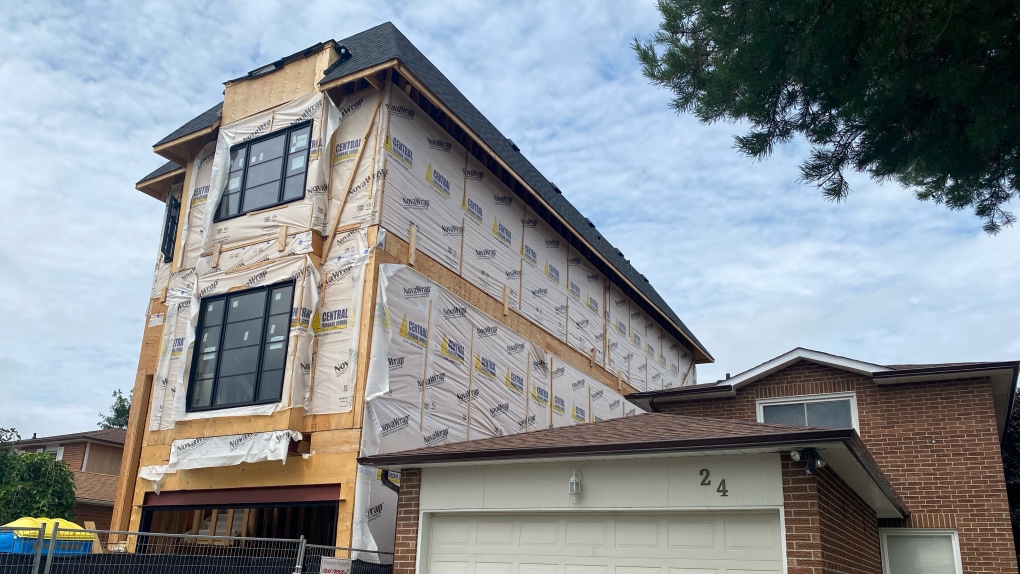 Govanna Martacci, for instance, has lived across the street for 37 years and she said it's not a problem.

"Maybe if I were next door, maybe it would bother me, but I'm across the road," she said.

There are other new builds on the same street or in the area appearing next to some smaller homes -- but some neighbours says it's the particular location of this project that’s a cause for concern.

Cathy Menzies lives down the road and described the house as a "monster."

"For those small homes, a home like that should never have been built there," she said.

Lanni said he believes more rebuilds like his will come in the future, while councillor Cilevitz says the city is reviewing its zoning laws.

174 dead after fans stampede to exit soccer match in Indonesia

Panic and a chaotic run for exits after police fired tear gas at an Indonesian soccer match to drive away rampaging fans left at least 174 dead, most of whom were trampled upon or suffocated, making it one of the deadliest sports events in the world.

Violence and a deadly stampede that erupted following a domestic league soccer match Saturday night marked another tragedy in Indonesian football. Here's a look at how the chaos occurred and what is being done to prevent future incidents.