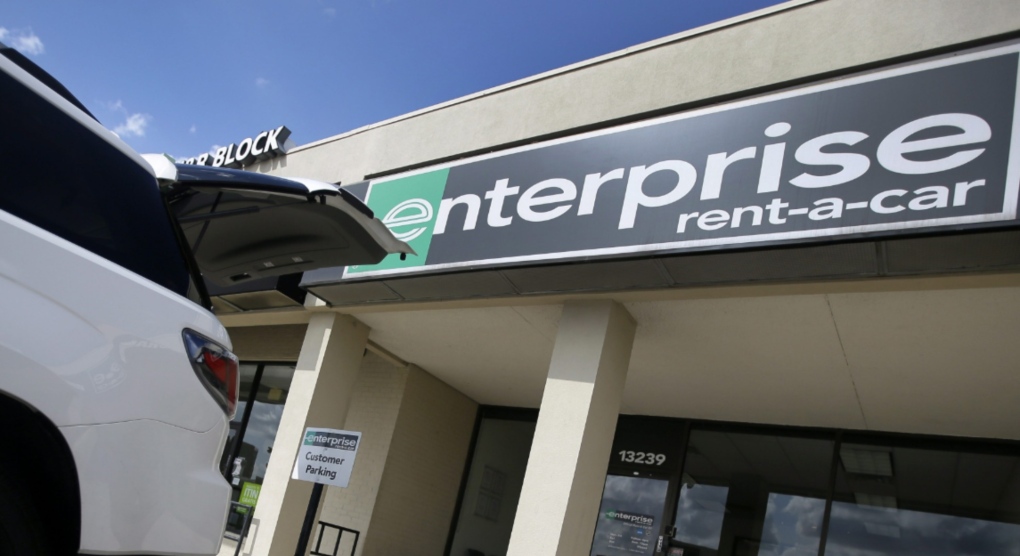 An Enterprise Rent-A-Car location is seen in this file photo. (The Canadian Press)

A woman who rented a minivan is on the hook for thousands of dollars after her son, who had a suspended licence, got behind the wheel and crashed, an Ontario judge has ruled.

The Superior Court ruled that Tricia Richards must cover the costs of replacing the vehicle -- said to be a write-off -- even though she had bought optional insurance coverage at the time of rental.

In his decision, Justice Russell Raikes said it was clear that Enterprise Rent-A-Car had not given her son Christopher permission to drive, and the damage waiver she had purchased did not apply.

"The agreement expressly says that the waiver is invalidated if someone other than the renter or additional authorized driver operated the vehicle without the owner's written consent," Raikes wrote in his ruling. "Once Christopher got behind the wheel of the van and put it in gear, the waiver was invalidated. That is so whether he had Ms. Richards' permission or not."

Richards had rented the 2017 Dodge Caravan at the Calgary international airport in April 2017 with a view to returning it in Winnipeg. She was the only driver listed on the rental contract. She also bought the optional collision damage waiver, which covers damage for which a renter would have to pay.

Days later, with her son at the wheel, the vehicle left the highway and rolled. Enterprise sought $35,311 in replacement costs from her after deciding it would cost more than $82,000 to repair the vehicle.

Richards disputed the claim. She argued she had been driving but that, after stopping for gas, she returned to the minivan and found her son behind the wheel. She said she got into the passenger seat and tried to dissuade him from driving, but was tired and gave up when he insisted.

"I had absolutely no control of the situation and was wary that my safety was involved if I did anything further to frustrate him," she said in submissions.

She also said she had no idea his licence had been suspended, which led to charges against him after the crash.

Raikes, however, said it was irrelevant whether or not Richards had given her son permission to drive. What was clear, he said, is that the rental company had not done so. Raikes sided with the plaintiff.

The judge did refuse to order Richards to pay the $35,311 Enterprise was demanding. The rental company, he said, had provided no solid evidence to substantiate the amount claimed beyond providing one repair estimate and one estimate of the value of the minivan.

"The information being provided is opinion evidence," Raikes said. "There is no meaningful way to cross-examine and challenge the authors."

How much Richards should pay Enterprise should be decided at a trial by another judge, who will also rule on how much she owes to cover the company's legal costs, Raikes said.