Minor arrested in connection with shooting in Toronto’s west end 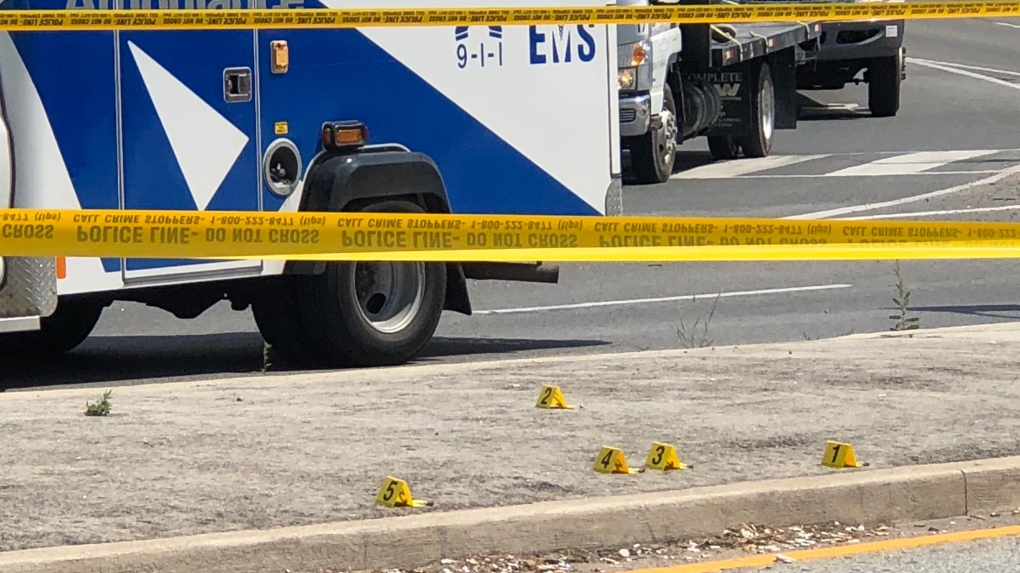 A boy has been taken into custody in connection with a shooting in Toronto’s Mount Dennis neighbourhood.

The arrest comes after Toronto police spent most of Tuesday afternoon investigating multiple reports of gunshots fired near the adjoining neighbourhoods of Rockcliffe Smyth and Mount Dennis.

Officers responded to reports of a firearm being discharged at Woolner Avenue and Jane Street around 2 p.m., police said.

A spokesperson for the Toronto police said that the incident occurred across the street from a laundromat. Witnesses reported seeing an altercation break out and then heard the sound of gunfire.

Police believe there was a foot pursuit and that someone was shot at.

Paramedics later said that one person was taken to the hospital with minor injuries. They say the wounds were not consistent with a gunshot.

Toronto police say they tracked a suspect to a home on Craydon Avenue. A male who is believed to be a minor was arrested. The suspect cannot be identified under the Youth Criminal Justice Act.

Forty minutes before police were called to Woolner Avenue and Jane Street, officers received reports of shots fired near Black Creek Drive and Weston Road. Police say officers found shell casings and that shots were fired in the median.

There have been no reported injuries and police say there is no suspect information at this time.

The investigation at both scenes are ongoing. It is unclear if the two incidents are related.