A businessman who works in Toronto’s financial district said he lost nearly $19,000 in a matter of minutes after his wallet was discreetly stolen from him while he was walking to lunch.

Russ Lewis, who is the senior vice president and chief agent of a downtown reinsurance company, was walking from his office around 12:10 p.m. to grab lunch at a nearby restaurant on Sept. 9.

The 55-year-old said he left his office, got into the elevator and then walked along King Street to Bay Street.

Lewis said he only noticed his wallet was missing when he got up from the table at lunch and went to pay.

“I first made the assumption that because my jacket was on the back of the chair, the wallet was taken during lunch,” Lewis told CTV News Toronto on Wednesday. “But the video from the restaurant shows no one came near me during the lunch.”

Lewis, who also fell victim to credit card fraud about 10 years ago, said he thinks he was pickpocketed either on his walk to lunch or in the elevator at work.

“I went straight to the bank and met with the manager,” he said.

The bank manager immediately blocked his accounts but by that point it was too late. 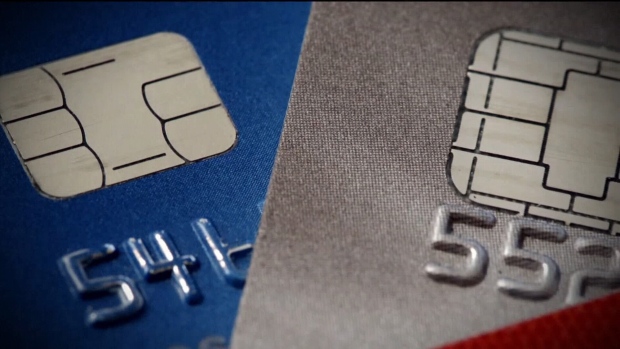 Lewis said he belives the thieves accessed his information through his credit card's tap feature. (File)

“They had already hacked and accessed all my cards and bank account,” Lewis said.

Lewis, who said he filed a report with Toronto police, had thousands of dollars withdrawn from his Visa card, U.S. Visa card, Mastercard and debit card.

“What you want to be aware of is close body contact," Constable Alex Li said.

"You might have people come up to you and give you a hug for no reason, or people that might spill a drink on you or say you have something on your shirt to distract you from what their actual intention is."

Lewis said the bank also told him the thieves tried to access an additional $10,000 after the cards were locked but the transactions were blocked.

“It was definitely not a case of dropping wallet, this was definitely calculated,” Lewis said. “Had my wallet just fallen out, the odds of people who would have had the technology to do what the thieves did are extremely low.”

“They hacked everything almost instantaneously. If you had 5,000 people who picked up that wallet, I don’t think even one person would be able to do what they did.”

“These people can literally pry so far into you in a matter of seconds and there is nothing you can do about it.” 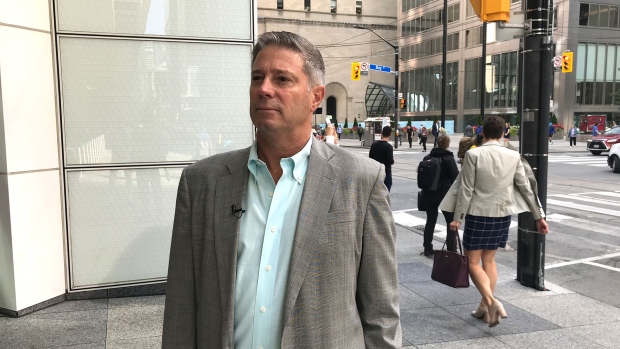 Lewis is vowing to be even more careful with his credit cards after his money was stolen. (Nick Dixon / CTV News Toronto)

Lewis said to avoid this happening to him again, he will no longer carry his wallet around with him. Instead, he said he’ll carry one credit card and some cash, but only in his front pant pocket.

“It terrifies me on two fronts,” he said. “The first is that the technology out there right now, no one is safe from anything. They can copy your ID and steal pin numbers. The other part is that these people can get a hold of your personal information like where you live and the amount of money you have.”

Lewis said he expects his bank will fully refund all the money but worries about how this kind of theft could affect other people.

“This could really mess with a young person’s credit score,” he said. “These are professional cyber criminals, they want the quick grabs.”