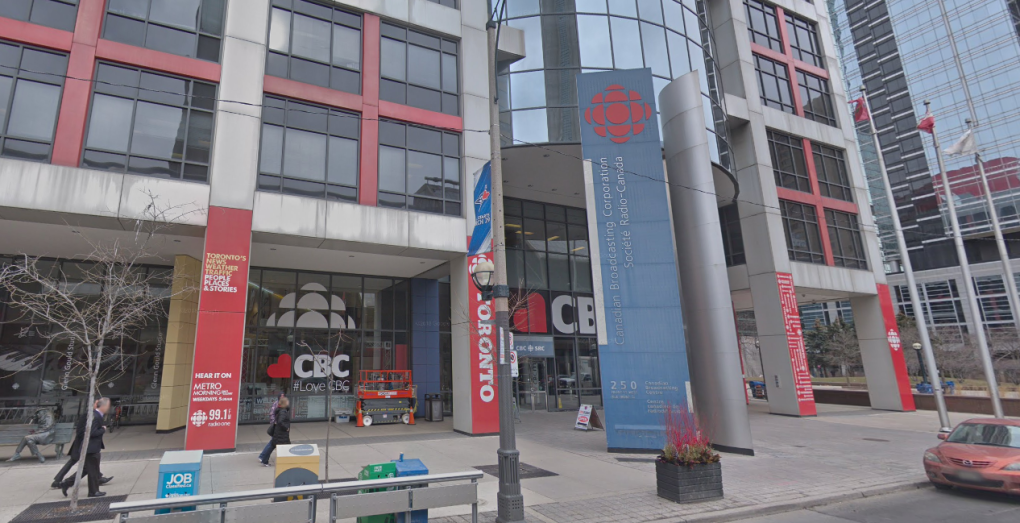 The CBC building in Toronto is seen in this Google Maps photo.

The man who died inside the CBC broadcast building on Saturday evening was washing windows when he fell down an elevator shaft, the Ministry of Labour has confirmed.

Emergency crews were called to the building, located near John and Front streets, before 7 p.m. after receiving reports that someone had fallen through a hatch in an elevator.

Paramedics performed CPR and first aid on the man, but he succumbed to his injuries.

The Ministry of Labour confirmed on Monday evening that the man was an employee of Solar Group Inc., but his identity has not been released.