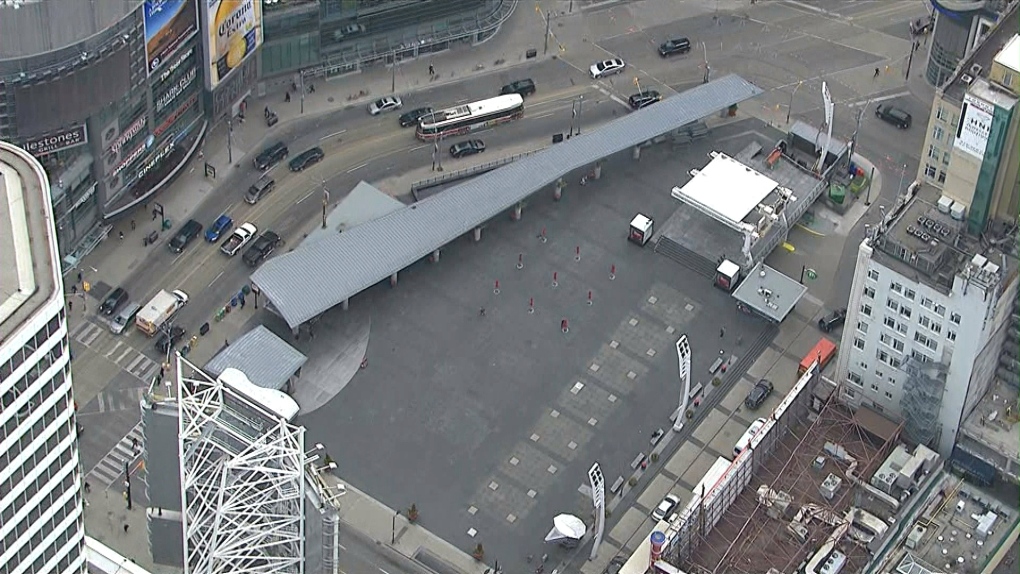 A man was injured following a stabbing in Yonge-Dundas Square early Sunday morning, according to police.

The incident happened around 4:40 a.m near Yonge and Dundas streets.

The victim was stabbed after he became involved in an altercation with another man, police said.

He was taken to hospital with non-life-threatening injuries and later released.