TORONTO -- A 26-year-old man whose family says he had mental health issues has been pronounced dead after being stunned and shot multiple times by police in Brampton.

The fatal shooting took place Monday evening on Sawston Circle, in the area of Edenbrook Hill Drive and Bovaird Drive.

Peel Regional Police said they received a call about a domestic incident at around 5:22 p.m. and arrived at the scene at around 5:31 p.m.

“While in the residence there was an encounter with one of the occupants in the residence,” Constable Bancroft Wright told CP24 at the scene. “During that encounter a service weapon was discharged and as a result of that, a male victim was struck.”

Peel Regional Paramedic Services said they found a male victim with life-threatening injuries. CPR was conducted, but the man was subsequently pronounced dead at the scene, police said.

The province’s Special Investigations Unit (SIU) has been called in to probe the incident.

In a statement, the SIU said that preliminary information indicates that two officers discharged conducted energy weapons before one of the officers fired his gun multiple times.

CP24 spoke with the man’s family at the scene and they identified him as 26-year-old D’Andre Campbell.

According to his brother, Campbell had mental health issues and police had been to the home numerous times in the past.

“Police have been to the house before, but nothing like this,” Dajor Campbell said. “That’s why I’m saying I’m confused. They came to the house 1,000 times, multiple times. I don’t know why this time they decided to shoot him.” 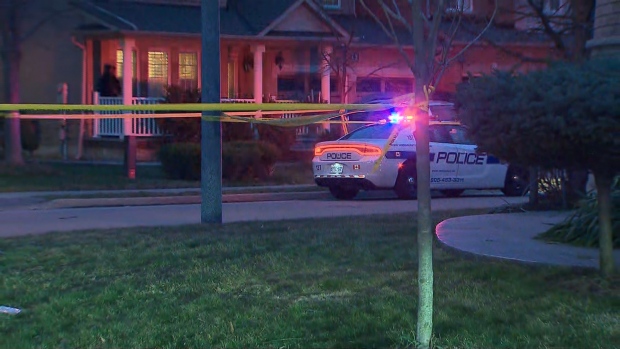 He said he doesn’t understand why police didn’t know how to deal with his brother this time.

“He’s the one that called them too, so how you gonna come into the house and shoot him. That doesn’t make sense,” Campbell said.

According to the family, Campbell’s mother and multiple younger siblings were in the home at the time and some of them witnessed the shooting.

Police did not confirm reports that Campbell may have had a knife at the time of the shooting.

The SIU is called in whenever police are involved in a death, serious injury or allegations of sexual assault.

Anyone with information about the case is being urged to contact SIU investigators.

Peel police said that the investigation remains active and that there is a heavy police presence at the scene.

People are being advised to avoid the area.