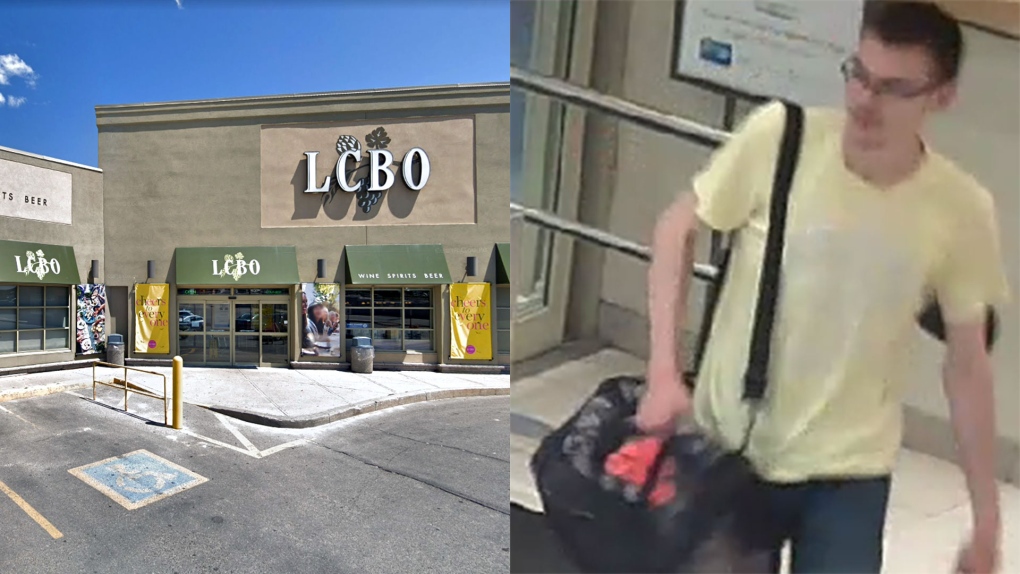 The exterior of a liquor store in Newmarket is seen on the left (Google Maps) and a suspect wanted in connection with a sexual assault is seen on the right (York Regional Police) of this composite image.

Police are searching for a man accused of sexually assaulting a woman inside a Newmarket liquor store last month.

On July 13 at around 9:30 p.m., officers responded to an incident that occurred at a retail store in the area of Davis Drive and Yonge Street.

“A female victim was shopping in the store when a male suspect approached her from behind and grabbed her buttocks,” police said in a news release issued on Friday afternoon.

“The victim confronted the suspect who fled the scene.”

Investigators released a security camera image of a suspect wanted in connection with the incident in an effort to identify him.

He has been described by officers as a six-foot-two white man between the ages of 25 and 30 with a thin build, dark short hair and acne on his face.

He was last seen wearing a yellow T-shirt with jeans, white shoes and glasses. As well, he was carrying a black duffle bag at the time.