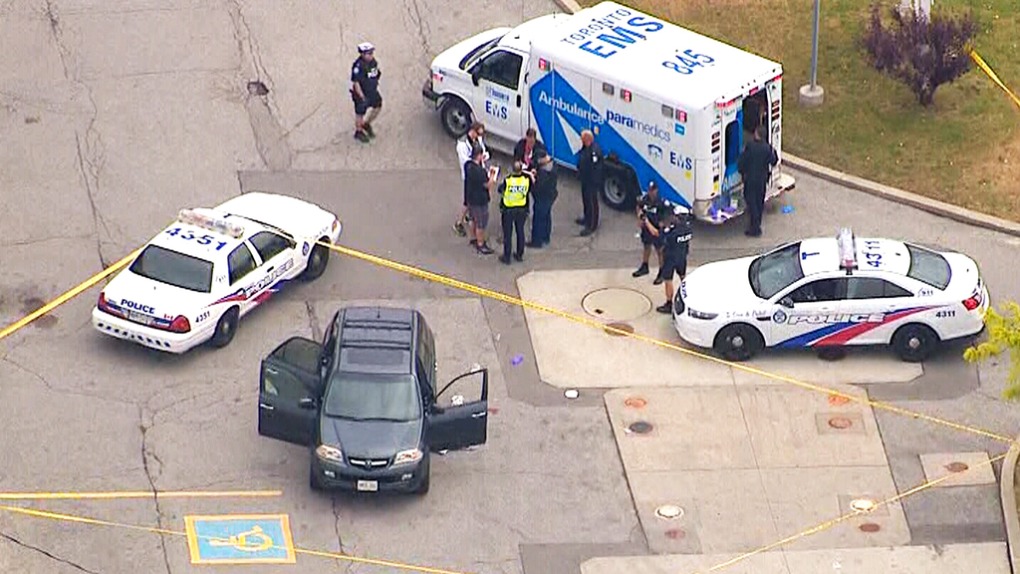 This photo shows the scene after a man was shot in the Lawrence Ave. and Bellamy Rd. area on June 1.

A young man has been charged in connection to the death of a 23-year-old who was killed in a strip mall shooting earlier this week.

The victim was fatally wounded in a shooting in front of Conrad's Hair Styling Barber Shop, located in the Lawrence Avenue and Markham Road area, on Monday afternoon. He was later identified as 23-year-old Mohamed Arif Patel.

On Thursday, Toronto police said they believe that Patel was in a fight with another man at the time of the shooting.