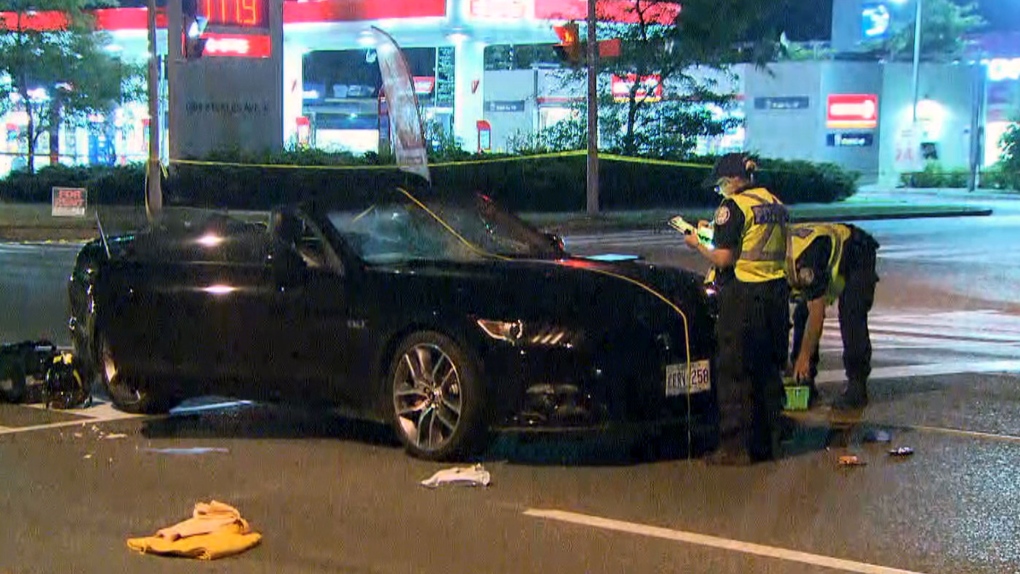 Police inspect a vehicle after a pedestrian was fatally struck in North York on Tuesday. (CTV News Toronto)

A pedestrian died in hospital after he was struck by a vehicle in North York on Tuesday night.

Emergency crews were called around 9:12 p.m. in the area of Laureleaf Road and Steeles Avenue, just east of Bayview Avenue for reports of a collision.

Paramedics said one person with life-threatening injuries was taken to hospital, where he was later pronounced dead.

Steeles Avenue East is closed in both directions from Valloncliffe Road to Canadiana Drive for police investigation.

Another pedestrian was hit by vehicle in Scarborough earlier.

It happened around 3:30 p.m. in the area of Markham Road and Sheppard Avenue.

Paramedics rushed the man to hospital with serious injuries.