OSHAWA, ONT. -- The last pickup trucks rolled down the line Wednesday at General Motor's Oshawa Assembly Plant as an era of vehicle production comes to a close for the Ontario motor city.

"This has been coming in slow motion, and suddenly it's here," said Joel Smith, a union organizer with Unifor Local 222.

Outside the plant, workers hugged in the bitter cold as some walked in for the final shift while others walked out into an unknown future.

GM announced in November last year that it would wind down production at the plant, which has been in operation since 1953, while GM first started producing vehicles in the city east of Toronto in 1918.

"It's not lost on anybody that this is the birthplace of General Motors. This is where it started, and that they just walked away from this, from vehicle production after over a 100 years. It's hard to stomach," said Smith. 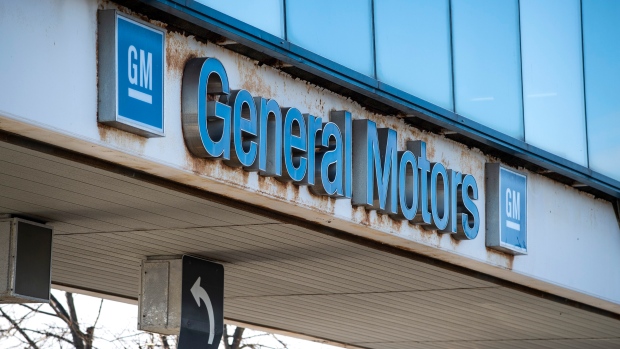 The closure means about 2,600 unionized employees will lose their jobs, though about 300 are being saved through a $170 million investment by GM to turn part of the operation into a parts plant.

The end of production also means about an equal number of workers at parts suppliers who rely on the plant will be out of work, said Smith.

Roy Eagen is one of those parts workers. Walking out of the plant Wednesday his eyes welled with tears, both from the biting cold wind and the emotions of the day.

"It was rough, it was pretty depressing," he said of watching the last truck frame go down the line.

"The people all kind of gathered together in there, we kind of held each other together and just proudly stood there and watched it go down the line." 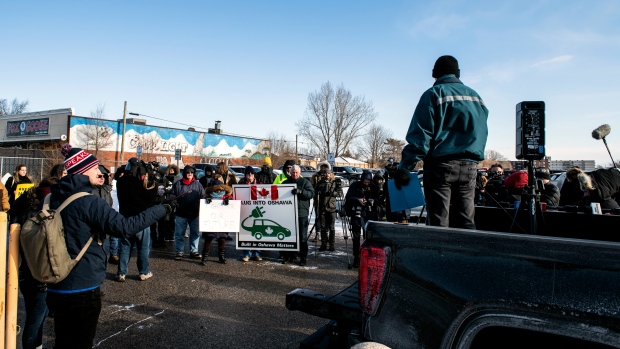 He said the effects of the closure won't only be felt immediately as the economic impact ripples through the community.

"I think it's going to be a while before they realize that wait a minute, there's nothing going on, even local store people, there's no one to spend anywhere because everyone has to really watch their money."

Oshawa Mayor Dan Carter said on Twitter that it was sad to see the end of the era but that "we will get through this together as a community."

GM has been working to help employees find other work, while about 1,200 of the employees qualify for full retirement packages.

"The employee base that we've had over the years has accomplished so much, and we owe it to them to help them transition as best we can," said David Paterson, vice-president of corporate affairs at GM Canada.

He said it was a sad day, but with Oshawa only operating at about a third of capacity and no vehicles ready to assign to it, the company felt it had to wind down production.

"You have to do the best to change, to make sure you have a good sustainable business going forward." 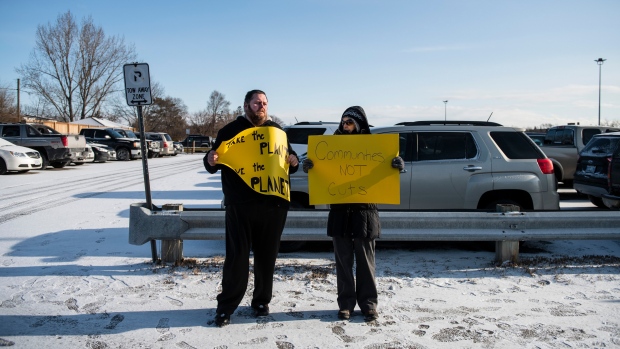 Along with the parts conversion, GM is also building a track at the Oshawa facility to test electric and autonomous vehicles as part of a major transition in the auto industry.

The commitments by GM are inadequate compared with what the company was given, said Tony Leah, who has worked at the plant for 39 years.

"They are leaving despite Canadians giving them $11 billion in 2009 to keep good jobs in this community. Only $8 billion was returned, and they're still leaving."

Leah organized a small rally outside the plant Wednesday as part of a campaign by Green Jobs Oshawa to get the government to buy the plant and produce electric vehicles.

"Our governments have not done anything to defend our interests, to fight to keep good jobs in this community."

The transition in Oshawa has been underway for some time. Employment at the complex peaked in the 1980s at around 23,000 workers, but a combination of mechanization and the closure of parts of the plant had already whittled that down to a fraction.

Smith, who started work at the Oshawa plant when GM closed a Scarborough van plant in 1993, said that while it's a bitter day, there is some relief because the date has been hanging over everyone's head for more than a year, even if the pain will linger.

"People have stewed over this, so for some people it will be a sense of relief...it's finally over."

This report by The Canadian Press was first published Dec. 18, 2019.

This report by The Canadian Press was first published Dec. 18, 2019.