If your vehicle is damaged at a dealership, whose insurance pays for repairs?

TORONTO -- Many vehicles are moved around at car dealerships as they're being bought, sold, and repaired so accidents can happen.

But a Scarborough woman says she was shocked when she left her SUV at a dealership and it ended up in a major collision resulting in an estimated $10,000 in damage.

Syeda Quadri said she had dropped off her 2018 Nissan Pathfinder for some routine maintenance when an employee moving another car accidentally crashed into it.

“I got a call from the manager saying that my car was hit from the back and the car went through the showroom and glass was broken, but they told me not to worry because they said they were going to take care of everything,” Quadri said. 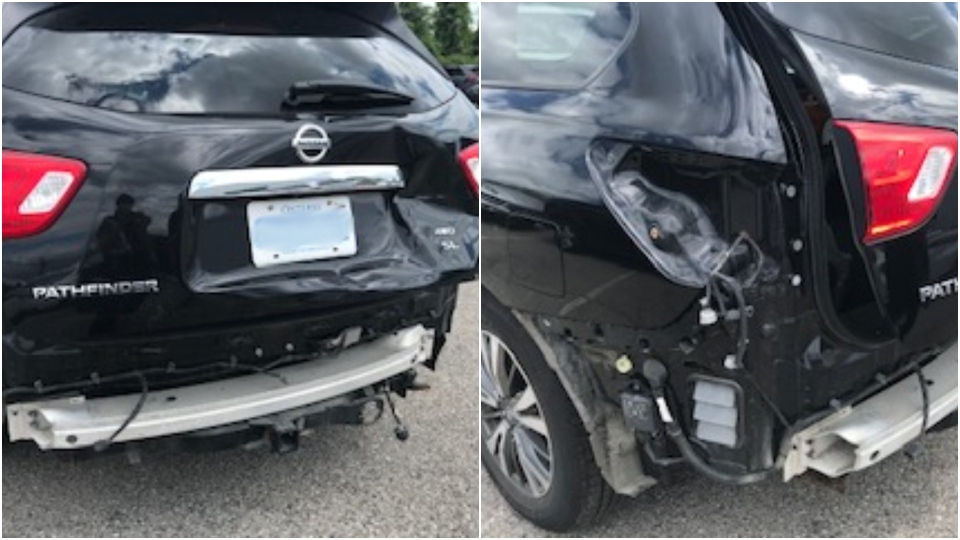 But Quadri said she became confused and concerned when the dealership said it needed her insurance information to repair the SUV.

“He said ‘don't worry about anything we just need a copy of your insurance’ and I said why do you need my insurance if I was not involved in the accident" Quadri asked.

Now Quadri says she is worried that her insurance premiums could go up and says it's not fair she now has a vehicle that's been in a major collision.

“My problem is on resale value. I was thinking when I go to sell my car I’m not going to get the same price because it's been in an accident,” Quadri explained.

The dealership where the collision occurred is Agincourt Nissan in Scarborough. The general manager Norm Carter told CTV News Toronto that it was an unfortunate accident and there are processes to follow with no-fault insurance to get the claim started.

“We are willing to do whatever is necessary to make this right with our customer,” Carter added.

Quadri said that helped put her mind at ease.

The dealership said it will repair the SUV and if necessary will also work with Quadri to offer her a different vehicle at an acceptable price to try and resolve the matter.

CTV News Toronto reached out to The Insurance Bureau of Canada who said that with no-fault insurance this is how dealerships handle an accident of this nature and that Quadri should not be concerned her rates will go up because of it.