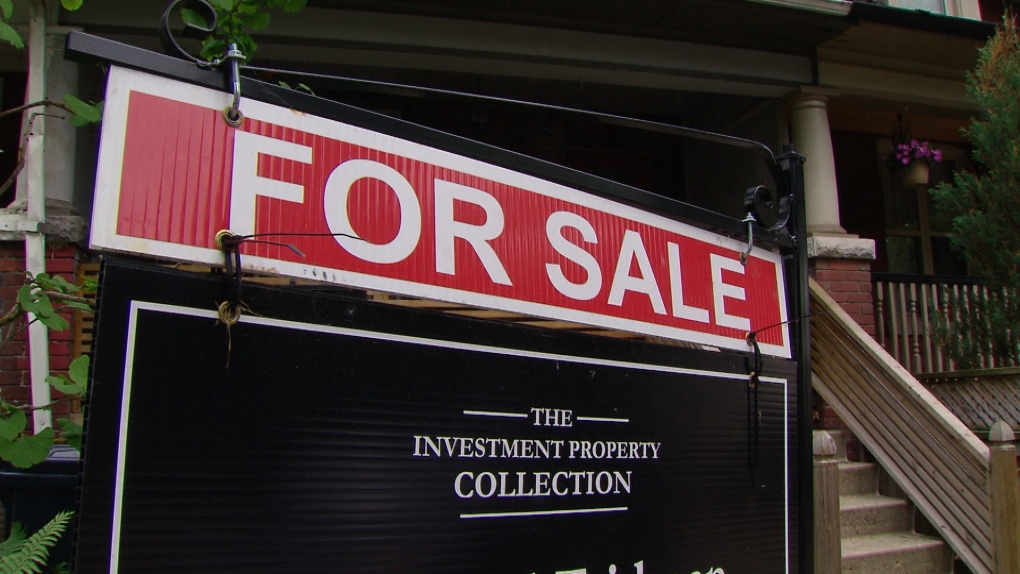 A flood of buyers and sellers looking to close deals late last year ahead of looming tighter mortgage rules resulted in a 14.5 per cent "payback" drop in home sales between December and January, market watchers said Thursday.

Economists expected the drastic decline, which marked the lowest sales level in three years, and anticipate the market will continue to be dampened in the near future as Canadians negotiate the new rules and a January interest rates hike, the third in the past year.

"It's the biggest monthly percentage drop in sales activity since October 2008," said Gregory Klump, the Canadian Real Estate Association's chief economist, referencing when the country was in the midst of the so-called Great Recession.

January activity was down in three-quarters of all local markets and virtually all major urban areas, especially in Ontario's hot spot in the Greater Golden Horseshoe, according to data released by CREA Thursday. The decline was less significant on an annual basis, with sales falling 2.4 per cent.

The monthly decline "is largely payback" for buyers rushing to sign deals in the last three months of the year, ahead of the new rules, said Robert Kavcic, senior economist at BMO Capital Markets, in a note.

CREA's figures showed sales climbed to a record monthly high in December -- just before the federal banking regulator's tougher rules for uninsured mortgages took effect. Starting Jan. 1, borrowers with a more than 20 per cent down payment must pass a stress test proving that they can service mortgage at a qualifying rate of the greater of the contractual mortgage rate plus two percentage point or the five-year benchmark rate published by the Bank of Canada.

The January market also dampened due to the Bank of Canada's decision to raise interest rates to 1.25 per cent, up from one per cent. The central bank's interest rate increase impacts variable rate mortgage holders, but those who opt for fixed mortgages also saw a rise in the five-year fixed rate amid rising bond yields and a stronger economy.

CREA noted that January home sales are on par with the 10-year monthly average and that a large decline in new listings of 21.6 per cent prevented the market balance from shifting in favour of homebuyers. The average price of a home rose by 2.3 per cent when compared with last year at just over $481,500.

The national sales-to-new listings ratio was 63.6 per cent in January. A ratio reading above 60 per cent generally indicates a sellers' market.

The number of newly-listed homes was at the lowest level since spring 2009. About 85 per cent of all markets had fewer listings. The Greater Toronto Area led the decline, with large percentage drops also in British Columbia's Lower Mainland, Vancouver Island and the Okanagan region, as well as parts of Ontario.

Supply restraint may have played a big part in the month's slowdown, Robert Hogue, senior economist with RBC Economics, wrote in a note. The drop in new listings hints at two psychological effects at play, he said. Many sellers rushed to list their properties in the months before Jan. 1 and, once the new rules came in, potential sellers may have feared a significant buyer pullback and waited to list.

He expects more listings to surface once those fears subside.

The market likely over-reacted to the new mortgage rules, Hogue wrote, and while homebuyer demand will remained dampened, it won't be to the extent implied by January's figures.

Volatility is expected to continue in the near-term, wrote Michael Dolega, a senior economist with TD Economics, in a note.

But, Dolega said "some stabilization" should occur by the middle of the year.

"Thereafter we expect activity to remain weighed down by rising interest rates, but with markets largely in balanced territory prices should remain well supported," he said.

The pace of housing starts in January held steady compared with December at about 216,200, Canada Mortgage and Housing Corp. reported earlier this month. But the pace is expected to moderate this year.