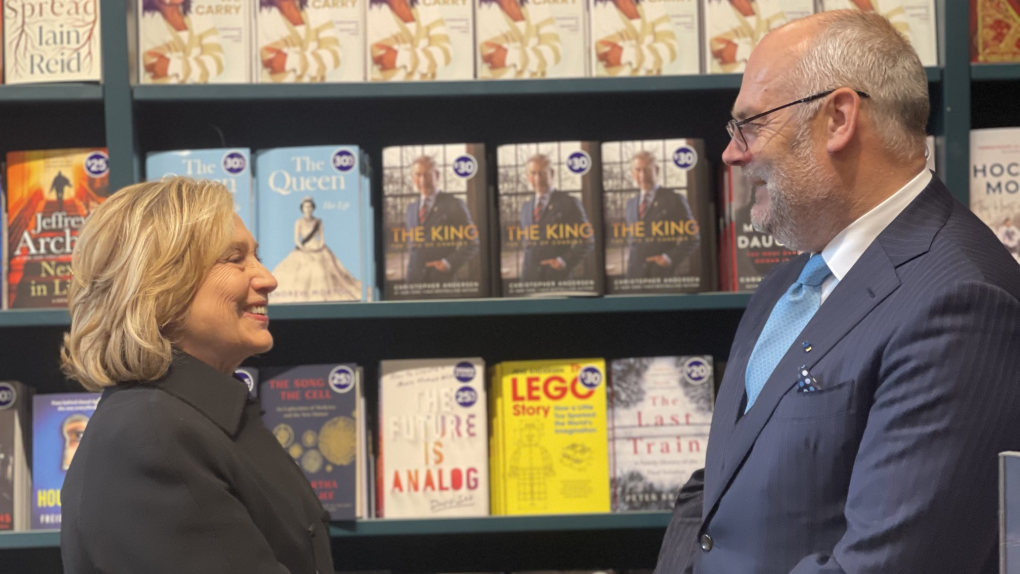 Hillary Clinton (left) and Alar Karis (right) are seen in a photo posted on the President of Estonia's Twitter account on Nov 22, 2022.

Hillary Clinton, former U.S. presidential nominee, was spotted crossing paths with the president of Estonia while shopping at a Toronto bookstore this week.

In the photo, Indigo’s Greater Toronto Area regional manager stood beside Clinton, while he held her book, State of Terror, a political-mystery published a year ago.

Her visit to Toronto corresponds with an event her husband, former U.S. President Bill Clinton, was attending on Tuesday. At an Ontario Real Estate Association conference, he talked leadership and navigating global policies with CEO Tim Hudak.

However, Clinton wasn’t the only well-known politician in the book store this week. The President of Estonia, Alar Karis, posted a photo with Clinton on Tuesday.

“I crossed paths with legendary politician @HillaryClinton while in #Indogo bookstore in #Toronto,” Karis wrote on Twitter.

It’s unclear why the two politicians were both at the Toronto bookstore on the same day, at the same time.

After the Indigo run in, Karis posted a photo with Prime Minister Justin Trudeau, expressing his gratitude for Canada’s supporting Estonian war refugees. “Estonia and Canada are enjoying excellent relations,” he wrote.

I had an opportunity to express my gratitude to the Prime Minister @JustinTrudeau for supporting Estonian war refugees throughout many years and for current Canadian contribution to the security in the Baltic region.
Estonia and Canada are enjoying excellent relations. pic.twitter.com/FYSddixwnC

CTV News Toronto contacted Indigo for comment but was told they did not have anyone to speak about the Clinton and Karis visit.