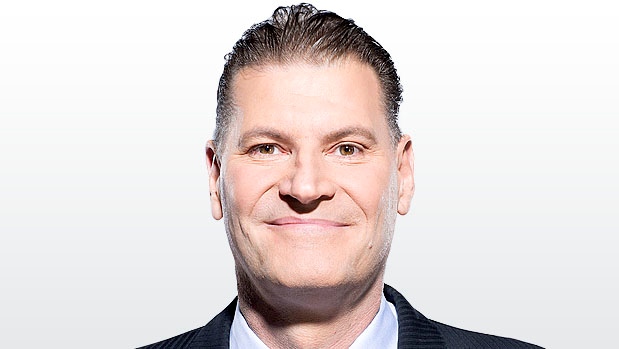 Chris Schultz is seen in this undated photo. (TSN.ca)

Picked by Dallas in the seventh round of the 1983 NFL draft after a college career at Arizona, the six-foot-eight Schultz was with the Cowboys from 1983 to 1986 before returning home to play for the Argonauts.

Schultz was twice a CFL all-star during a nine-year playing career with the Argos.

I’m devastated to learn that our friend Chris Schultz died of a heart attack yesterday.
He was 61.
Schultzy was larger than life in so many ways...
CFL and NFL.
He played in both.
He covered both.
He loved both.
His life was a football life.
One I’ll never forget.
RIP Big Man pic.twitter.com/CJmggtdBCt

Schultz was named to the Argos' all-time team in 2007.

After his playing career, Schultz did broadcasting work with TSN and the Argos' radio team.

Schultz was inducted into the Ontario Sports Hall of Fame in 2016.

This report by The Canadian Press was first published March 5, 2021.