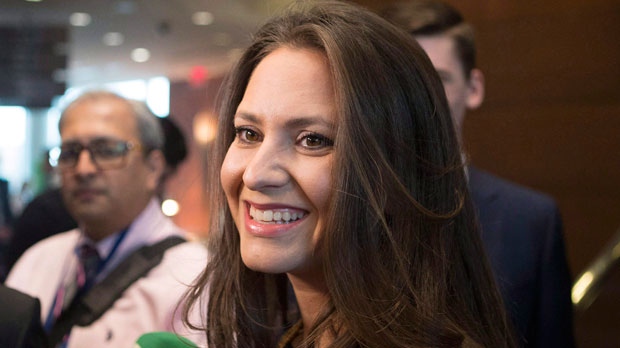 Granic Allen defeated Natalia Kusendova, Qadeer Shah and Rosemer Enverga to secure the party’s nomination in the riding, a re-constituted riding made up of parts of four neighbouring districts as part of the province expanding the legislature with 15 additional seats.

I congratulate my friend, @TGranicAllen, on her nomination as the Ontario PC Candidate for Mississauga Centre. Together, we will defeat Kathleen Wynne and bring change for the people! #onpoli #PCPO

Granic Allen was the only defeated party leadership candidate to stand with Doug Ford as made his first speech as leader.

A breakdown of the result from that night showed that more than 80 per cent of her support went to Ford on the subsequent ballot.

The two candidates shared similar views on sexual education and Ford made overtures to her supporters concerning abortion, suggesting once that minors who seek an abortion should have the consent of their parents.

Saturday’s win means all four leadership contestants are running in the election. Doug will run in Etobicoke North, Caroline Mulroney is running in York-Simcoe and Christine Elliott is running in Newmarket.

Allen, who lives in Welbeck, Grey County, Ontario with her family, once led the advocacy group Parents as First Educators, which has approximately 80,000 members across Ontario.

She came under fire earlier this month for comments she made online in 2013 and 2014.

Speaking about Quebec’s charter of values proposal in 2013, Granic Allen said she opposed the niqab full-face veil and burka, saying people shouldn’t “dress like bank robbers when going to vote,” or “ninjas when going on an afternoon stroll.”

She then cited an attack on two teenage girls in Zanzibar in the Indian Ocean as “yet another reason not to vacation in a Muslim country.”

She tweeted in 2014 that the Queen of England should not allow gay marriage in England.

Party spokesperson Melanie Paradis said Saturday that Granic Allen’s comments “do not reflect what we stand for.”


“They were made some time ago, and prior to this individual being a candidate.”

Liberal campaign co-chair Deb Matthews said on CP24 Saturday that the Liberals would not accept someone who made statements like hers as a candidate.

“Her views, through social media, are homophobic, Islamophobic, she’s got extreme views on things like sex ed and abortion,” Matthews said. “I don’t think there’s any room in any party for someone who espouses hate, who ridicules woman who wear niqabs, who compares them to Spiderman costumes or ninja turtles.”

Ford also appointed candidates in 11 other ridings Saturday, where no nomination meeting had been held.

The PC Party internal rules allow the leader to name candidates as many as time as they wish if a general election is imminent or there are “circumstances which warrant an expedited candidate selection process” and no nomination meeting has been held.

A spokesperson said the party would not “comment on internal processes.”

Ford himself issued a statement Saturday suggesting time was of the essence.

“We are only 47 days away from defeating Kathleen Wynne’s government and giving Ontario the change it needs.”