Events are taking over Toronto streets this weekend: Here's what you need to know 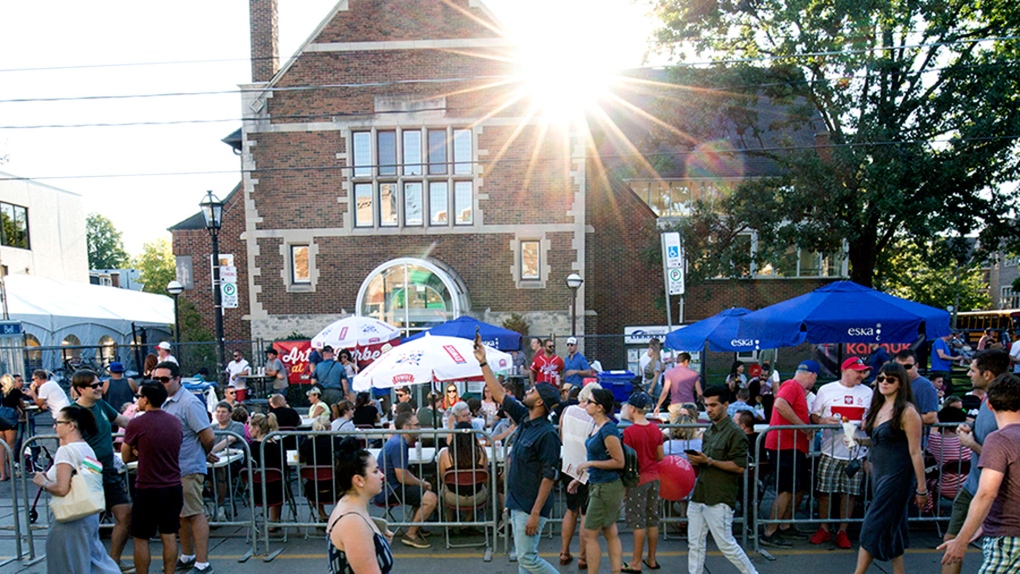 Toronto residents are seen participating in the city's Polish Street Festival in 2018. (polishfestival.ca)

The city will be filled with foot traffic this weekend as several festivals and a race are set to be held.

Beginning on Friday and lasting until Sunday, several road closures will be implemented across the streets of Toronto.

For motorists and event attendees, here is what you need to know:

The festival, which is in its 14th year, will include local and international music, dancing and food, according to its website.

Boutique shops will also be set up and a car show will be held during the event.

Roncesvalles Avenue will be blocked off from Grafton Avenue to Boustead Avenue from Saturday at 5 a.m. until Sunday at 11:59 p.m. to accommodate the festival, Toronto police said. 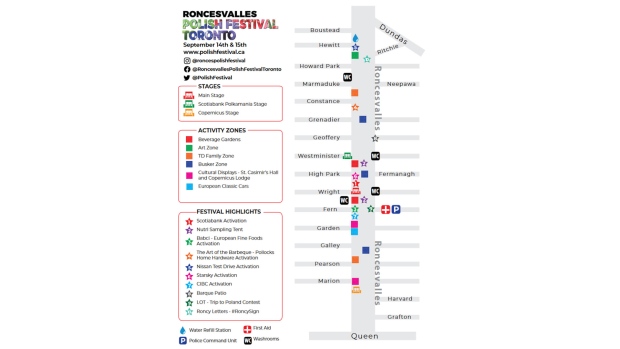 The 23rd annual festival celebrating Ukrainian culture will be held all weekend in the city’s Bloor West Village.

Beginning on Friday at 5 p.m. and concluding on Sunday at 7 p.m., Torontonians will be participating in North America’s largest Ukrainian street festival.

The event is being held along Bloor Street West between Jane Street and Runnymede Road and will include food vendors, a film festival and live music.

To accommodate the festival, the stretch of Bloor Street West will be blocked off from Friday at 9 a.m. until Sunday at midnight. On Saturday, the road closure will extend between Runnymede Road and High Park Avenue for the parade from about 11 a.m. until noon. 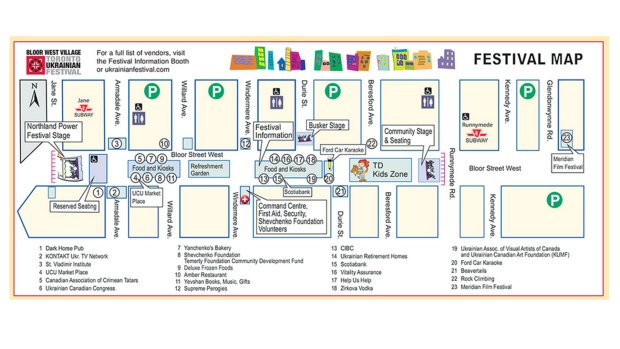 The second day of this street festival this year is set to take place on Sunday.

The event, which opens roads to pedestrians and blocks off vehicular traffic, encourages physical activity and healthy recreation, according to its website.

Between 10 a.m. until 2 p.m., the street festival will take place along Bloor Street between Ossington Avenue and Church Street and along Yonge Street between Bloor and Queen streets.

Vehicles will only be able to cross the route at the following points: 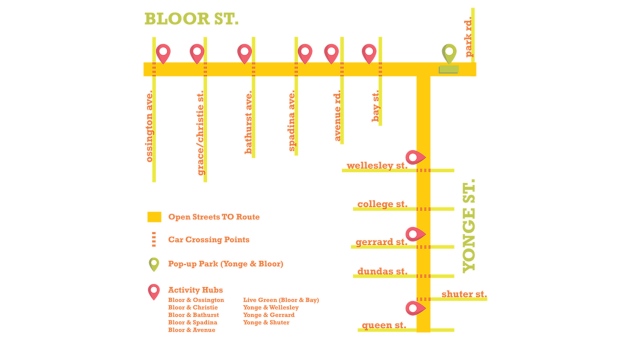 RBC Run for the Kids

The race, which is set to begin and end in the area of Mel Lastman Square, will take place on Saturday at 8 a.m.

There are two distances for participants of the race: five kilometres and 10 kilometres.

There will be various road closures implemented nearby to accommodate the two distances. 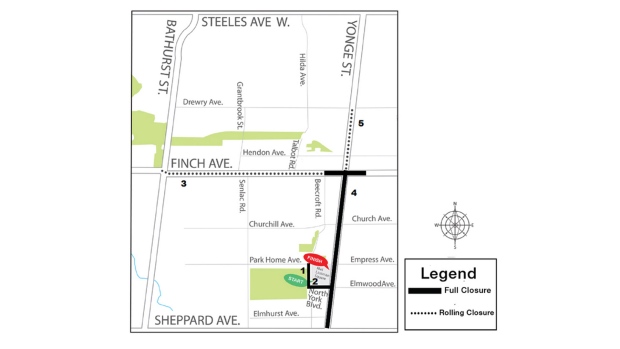