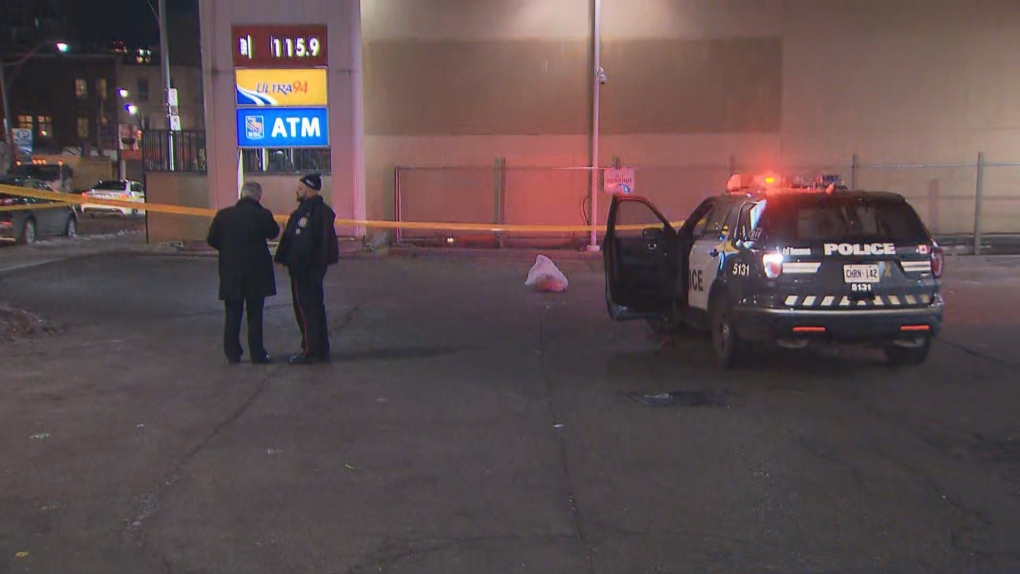 Police are investigating a downtown stabbing that left a teenager with serious injuries. (CTV News Toronto)

A teenage girl has been seriously injured following a stabbing downtown.

Emergency crews were called near a gas station on Jarvis Street and Richmond Street East at around 7:13 p.m. for reports of a stabbing.

Paramedics said they transported a female teen to a hospital with serious but non-life-threatening injuries.

The suspect is described as a black female wearing a white jacket and dark pants.