TORONTO -- Don Cherry says he is sorry if his "you people" rant about poppies on "Hockey Night in Canada" hurt anyone but he believes the silent majority backs him.

Sitting inside his Mississauga home on Tuesday afternoon, the 85-year-old former hockey broadcaster told CTV News Toronto's Michelle Dubé he was "quite prepared to be fired."

Cherry was let go from Sportsnet on Monday following his rant on Saturday night. During his regular "Coach's Corner" segment, he implied that immigrants in Toronto are not paying their respects to Canadian veterans by not wearing poppies. 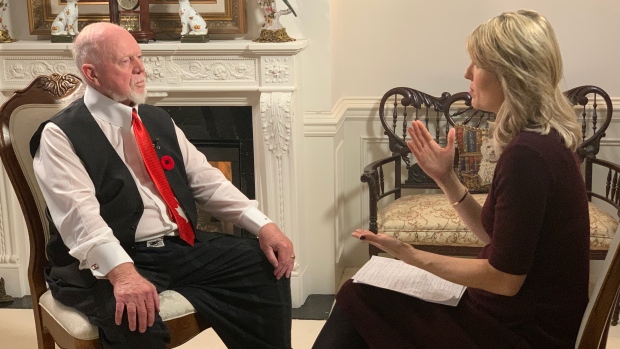 Cherry said he thinks his supporters are "very silent" in the aftermath of what happened Saturday night.

“They listened to the people who give them a hard time,” Cherry said. “There a lot of people who are with me but they are very silent.”

"I still say downtown (Toronto) and Mississauga people don’t wear poppy. I won’t back down one bit." 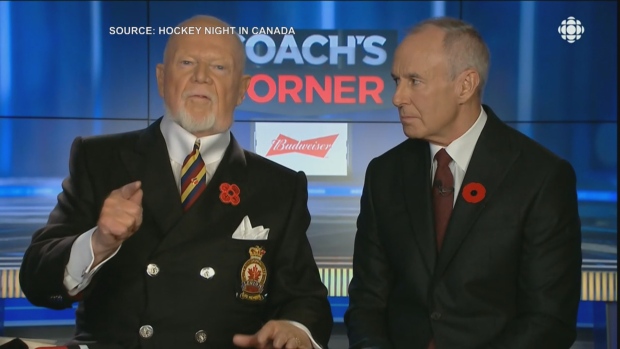 "I believe if I had a chance to come on this Saturday, I could have said 'everybody' instead of 'you people.'"

"I volunteered to apologize but it wasn't enough. I can't tell you what they asked me to do after that but I said I wouldn't do it."

"I can see how it hurt some people, I can really see it."

Cherry said if he agreed to the demands from Sportsnet in the wake of his comments, he would not have been fired.

"I would rather go out on a high. I never back down."

Cherry called the last few days "surreal" and said he thinks the whole situation could have been “smoothed over."

"We could have worked something out Saturday but they didn't want anything to do with that." 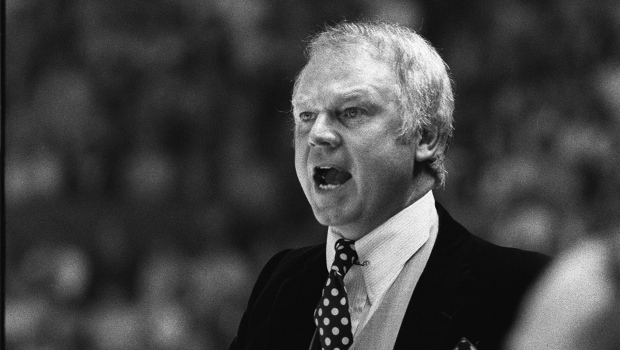 Sportsnet confirmed on Monday that Cherry would no longer be on the air. "The comments do not represent our values or what we stand for," president Bart Yabsley said.

"Following further discussions with Don Cherry after Saturday night’s broadcast, it has been decided it is the right time for him to immediately step down,” the statement read.

The National Hockey League (NHL) also released a statement, calling the comments "offensive" and said his firing was justified.

“While we recognize Don Cherry’s four decades of service broadcasting NHL games, today’s decision was a justifiable response to his comments on Saturday night,” the NHL said.

Cherry’s co-host, Ron MacLean, apologized for the way he handled the situation. At the end of the live segment, MacLean gave a thumbs-up to the camera in response to Cherry’s comments.

“I have worked with Don for 30 years, and we both love hockey. But last night, I know we failed you. I see hockey as part of what unites us. I have the honour of travelling across our country to celebrate Canada's game, and our diversity is one of our country's greatest strengths,” MacLean said.

Cherry said he was “dumbfounded” when he saw MacLean’s apology but still considers him a friend.

“He’s still my friend but I was very disappointed watching him. I just couldn’t believe it,” Cherry said. “I think he was disappointed too.”

I have worked with Don for 30 years, and we both love hockey. But last night, I know we failed you. I see hockey as part of what unites us. I have the honour of travelling across our country to celebrate Canada's game, and our diversity is one of our country's greatest strengths.

While the comments were widely condemned online, Cherry received some support with #DonCherryIsRight and #BoycottRogers trending online.

Cherry is a retired professional hockey player and National Hockey League coach. He played one game with the Boston Bruins in the 1954 season. He went on to be the coach of the Bruins between 1974 and 1979, before coaching the Colorado Rockies for one season. He joined ‘Coach’s Corner’ in 1982 after retiring from the sport.

Hockey Night in Canada was a long-time CBC Saturday night staple, but the show and its games moved to Sportsnet when Rogers landed a 12-year, $5.2 billion national broadcast rights deal with the NHL that began in 2014.

Again, I want to thank everyone who has called emailed, dropped by the house this past week. It will take weeks to personally get back to everyone, so I am again, thanking you all now. God Bless you all for your support, Donald S Cherry