Dean French 'no longer has any influence' in PC government, Ford says 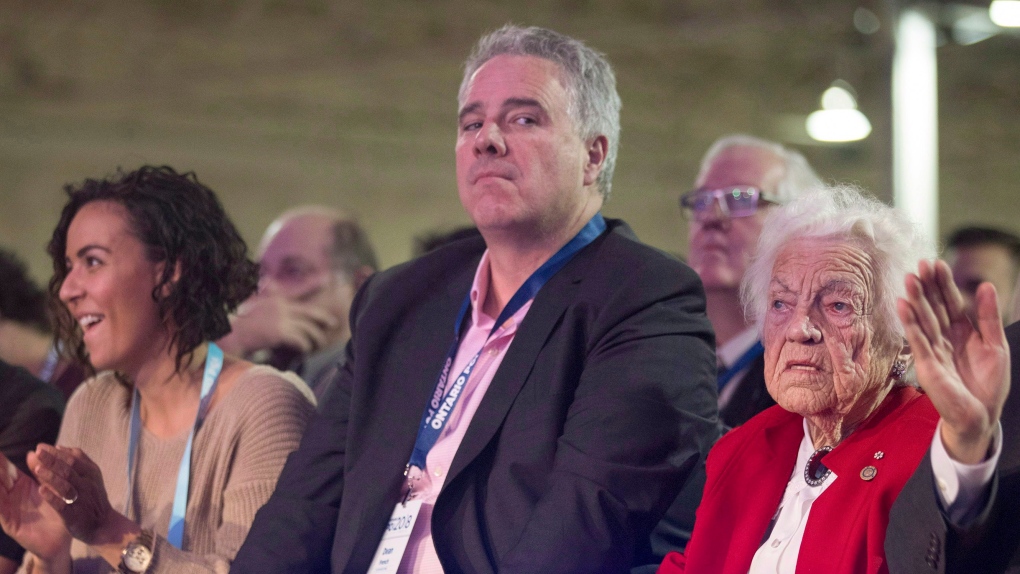 Dean French (centre) chief of staff for Doug Ford, listens to the Ontario Premier, pictured on a monitor, speak at the Ontario PC Convention in Toronto, on Friday November 16, 2018. THE CANADIAN PRESS/Chris Young

Premier Doug Ford is reassuring his Progressive Conservative caucus that his former chief of staff Dean French “no longer has any influence” in his government.

Ford sent a caucus-wide email Tuesday afternoon, three days after French resigned amid a public appointment scandal in which two people with personal connections to French were given high-salaried government positions.

“Thank you for your support over the last few days as the transition in my office continues,” Ford’s email reads.

French has been described by caucus members as a temperamental right-hand man to the premier, who routinely threatened to kick staff and MPPs alike out of the party if they didn’t toe the line.

Party members say his departure last Friday came as a “wave of relief” and would provide the government the true reset it had been looking for when it announced the massive cabinet shuffle last Thursday.

However, French surprised many in government when he showed up to a staff meeting on Monday, leading to multiple media reports that French signaled that he would still be in charge.

When asked why Ford needed to send out the email in the first place, a source in the Premier’s Office would only say “caucus needed confidence that he no longer has influence.”

The source also said the interim chief of staff Jamie Wallace has been a “stabilizing” force who routinely consults with Premier Ford and makes staff feel engaged.