TORONTO -- After almost three months apart from each other, Ida and Steven Staryk had a sweet reunion on Tuesday night.

“I couldn't believe it,” Ida tells CTV News Toronto. “It was so fantastic. Missed him so much!”

The couple, who’ve been married for 57 years, had been preparing to move into a North York retirement residence in March when the COVID-19 pandemic began. Their plans were put on hold until summer, but then Ida had a fall that left her in hospital. She then had to spend two weeks in isolation prior to moving into their new home together.

“Ida and Steven [had] not seen each other since May 12,” says Carolina Gonzaga, sales and marketing coordinator at Advent Forestview Retirement Residence, which is managed by Verve Senior Living. “The fact that they’ve managed to stay together for this long, and then the hardship of being apart for three months during a time when they’re both facing challenges with their health, makes this reunion particularly sweet.”

The staff at Forestview wanted to make reuniting Ida and Steven an occasion to remember, so they planned out a few special touches, including flowers and dinner for two. They also invited a violinist along to serenade them through their meal. 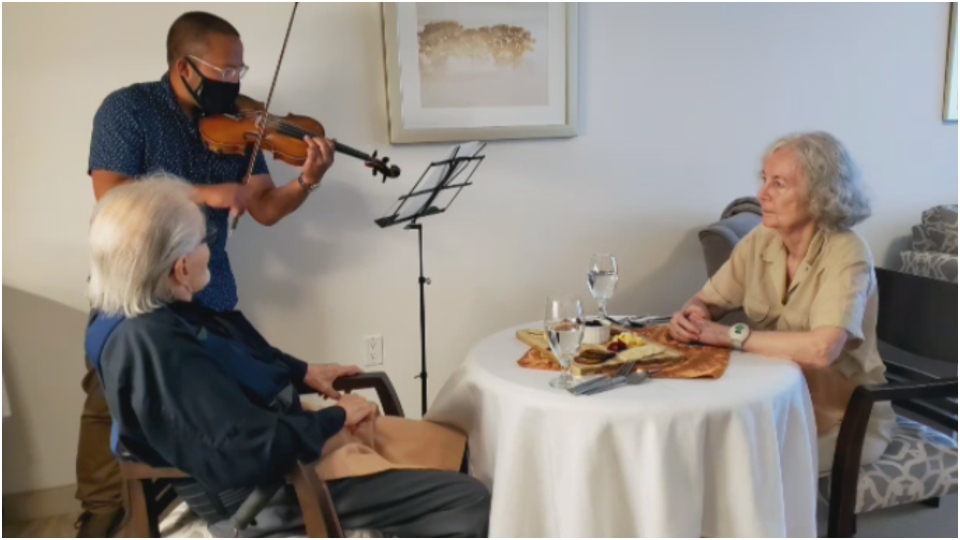 “They’re actually life-long professional violinists, very involved in the Toronto Symphony Orchestra,” Gonzaga says of the Staryks. “They met in Amsterdam working for the orchestra there, and as Steven says he stole Ida away from Amsterdam and brought her to Canada. Violin is a part of their love story and a part of the tapestry of their life.”

“It was such a marvelous surprise,” Ida says of the musical performance.

The Staryks admit that there was some loneliness during their time apart, and say that they had never been without each other for that length of time before.

“Well, the one thing we did continue, we phoned,” Steven says.

“Yes, every day he phoned me or I phoned him,” Ida agrees.

“These are people that are facing all of the challenges we face with COVID-19, but they’re a lot older,” she tells CTV News Toronto. “And so the fear of not being able to see life return back to normal is more intense for them.”

Steven and Ida say they have spent the last day or so getting reacquainted at their new retirement residence. When asked by CTV News what keeps their marriage strong, Steven says it’s a "mutual outlook on life."

"And the things that we have in common, the music, is still there,” he adds.

When asked about her feelings for her husband, Ida says “He’s the only man I’ve ever loved!”

The staff at Forestview say they are thrilled for the Staryks and are happy to have been able to provide a moment of celebration for them.

“Sometimes, you get a story that just guts you and gets you excited and reminds why you work in this industry, and this is that story.” 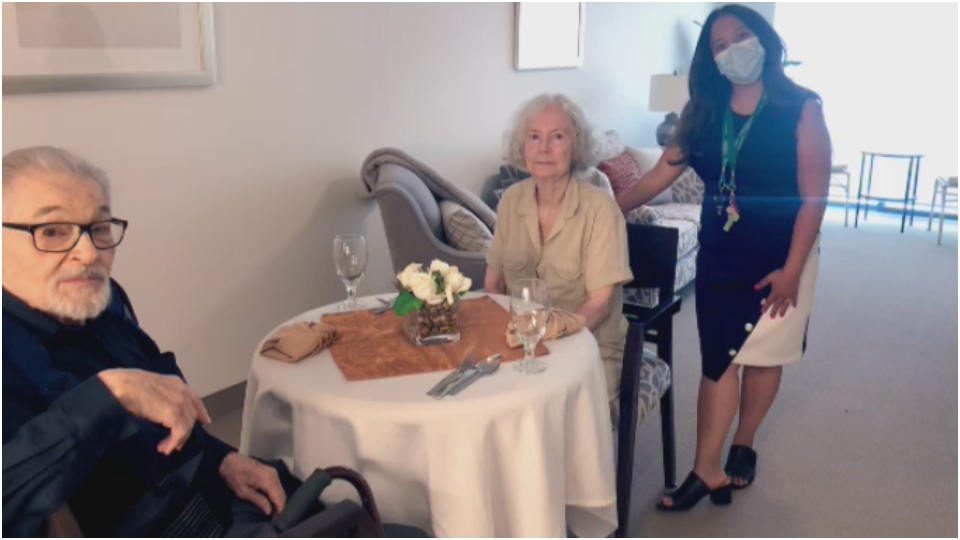