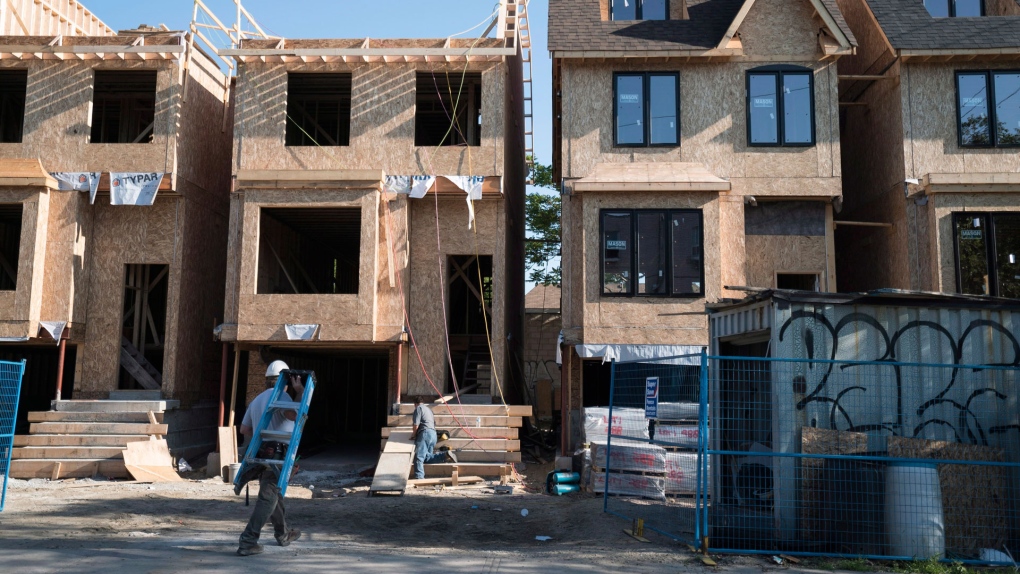 Houses under construction in Toronto on Friday, June 26, 2015. THE CANADIAN PRESS/Graeme Roy

The housing agency said Thursday the seasonally adjusted annual rate of housing starts came in at 216,210 units in January. That compared with a rate of 216,275 units in December.

Economists had expected an annual pace of 210,000, according to Thomson Reuters.

"New construction has been solid despite slower home sales last year, though a pullback in single unit construction in Ontario relative to a year ago does seem to reflect softness in that segment of the resale market."

However Nye noted that the pace of housing starts is expected to slow this year.

The January result came as the pace of urban starts increased by 0.2 per cent in January to 198,400 units.

Rural starts were estimated at a seasonally adjusted annual rate of 17,810 units.

The six-month moving average of the monthly seasonally adjusted annual rates was 224,865 units in January compared with 226,346 in December.