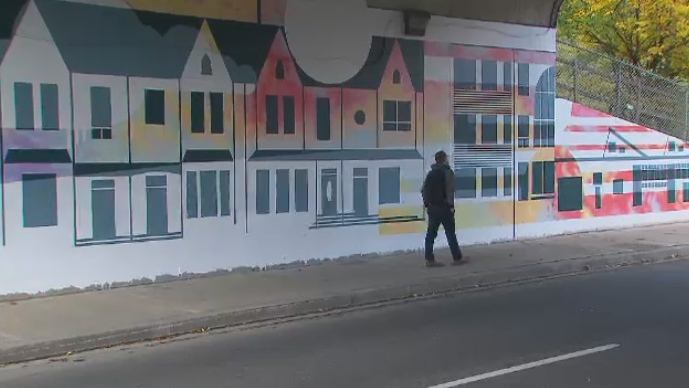 A new mural on Keele Street depicts a row of black and white houses against a backdrop of subtle purples, reds and yellows. City of Toronto said the mural is meant to highlight “the unique character of the High Park area.”

The City of Toronto has unveiled a new mural in the west end aimed at capturing the character of the High Park neighbourhood.

Located on Keele Street, just north of Bloor Street, the mural was created by local artists Rob and Tommy Matejka as part of StreetARToronto (StART), a program designed to promote and legitimize street art in the city. 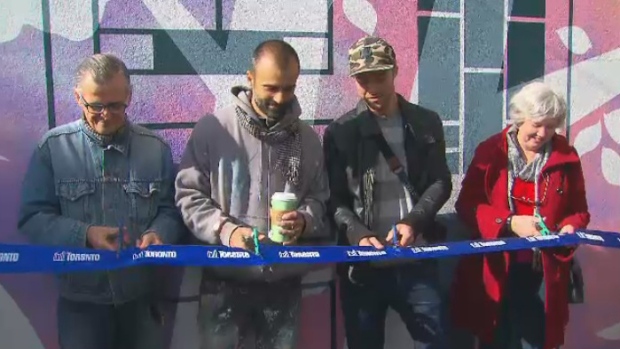 The mural depicts a row of black and white houses against a backdrop of subtle purples, reds and yellows.

In a statement released on Sunday, the City of Toronto said the mural’s “subdued colour palette and layering” are meant to highlight “the unique character of the High Park area.”

"This subtle yet striking mural provides a welcoming and tranquil setting in this busy commuter underpass and showcases the artistic hub that is blossoming in Parkdale-High Park," said Coun. Sarah Doucette, who represents the area. 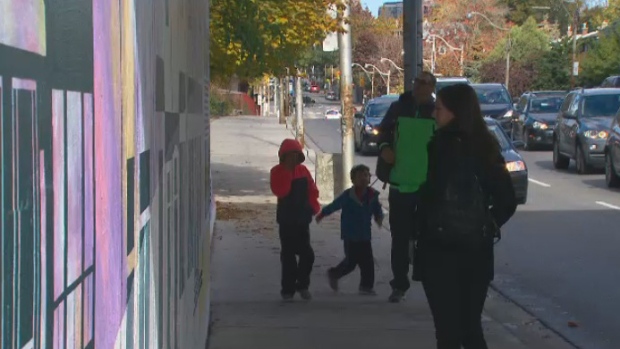 Launched in 2012, StART is a partnership between the City of Toronto and local artists and studios intended to “promote and increase awareness of street art and its ability to beautify the city's visual landscape.”

The program provides up to $40,000 in funding for street art projects that will “revitalize and engage communities.”

StART-funded artwork can be found at dozens of locations around the city in Greenwood Village, Little India and Kensington Market.