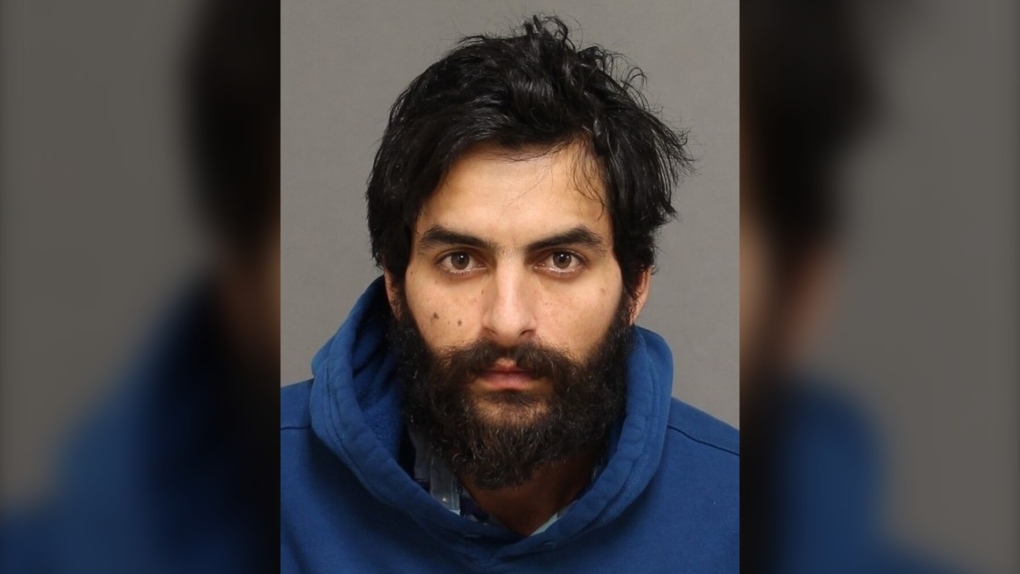 Gurpinder Singh, 28, is seen in this photograph provided by police. (Toronto Police Services)

A 28-year-old man has been charged after an international student was lured to a Toronto hotel room and sexually assaulted.

Police said that the student travelled to Toronto from another province on Nov. 15 to meet a man at a hotel. The man, police said, had promised to help her set up a bank account in Canada.

Once she was in the room, she was sexually assaulted, police said.

Investigators allege the man then took photographs of the student and threatened both her and her family.

A suspect identified as Brampton resident Gurpinder Singh has since been charged with sexual assault, uttering a death threat, extortion and voyeurism.

Police are concerned there may be more victims and are asking anyone with information to contact investigators at 416-808-7474 or to reach out to Crime Stoppers anonymously.