TORONTO -- A group of emergency room doctors who moonlight as musicians say they won’t back down from COVID-19.

Docs That Rock is a band comprised of ER physicians from across Canada. This week they were slated to perform at a fundraiser for the Canadian Association of Emergency Physicians. And while social distancing has put their live performances on hold, they refuse to be silenced.

“This week was supposed to be our one gig of the year," said lead singer Matt Chellew, an ER doctor with Credit Valley Hospital in Mississauga. “When that couldn’t happen we decided to come up with a video and a song to raise funds and boost morale. We chose Tom Petty’s ‘I Won’t Back Down.’”

With the aid of video conferencing software, the band, with members across Ontario as well as Alberta and Quebec, were able to edit a performance and post it to Youtube. In just six days it’s garnered more than 10,000 views. 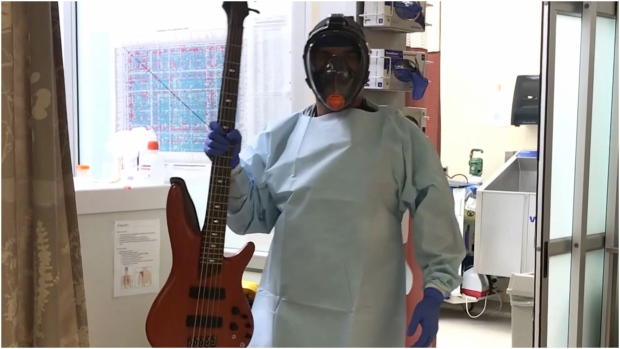 “The lyrics really speak to the resilience of the emergency medical community,” added Chellew, who performs lead vocals in the Petty tribute band.

While they would much rather be performing in a live venue rather than virtually, the old saying “the show must go on” rings true for these musicians in their day jobs in the ER as well.

“There’s been fear with people coming to emergency rooms for things like trauma, heart problems and strokes,” said Upadhye.” We need people to know just because COVID is here doesn’t mean things have stopped. Please come in if you’re unwell. Don’t delay. You will be safe. We will take good care of you. You’re in good hands in Canadian hospitals.” 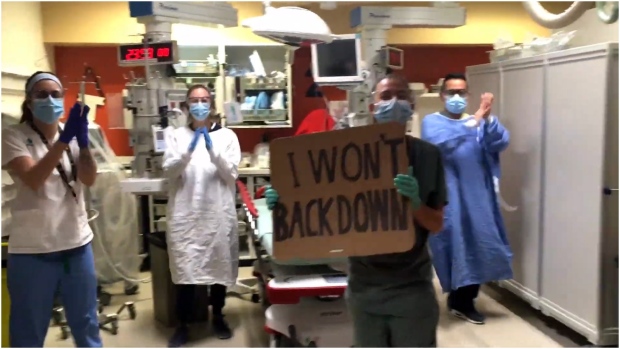