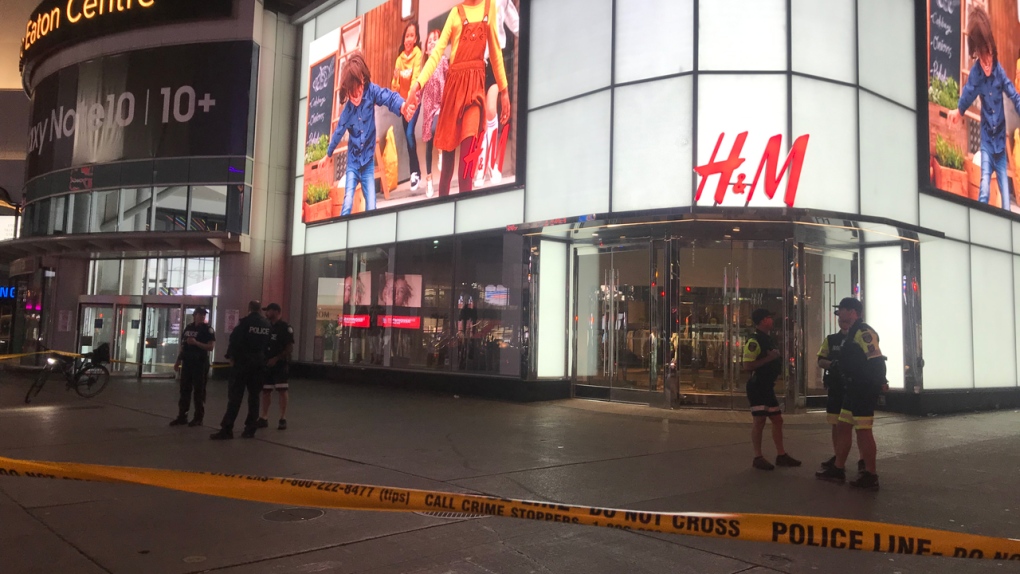 No one was injured but police located bullet holes at the Eaton Centre, as well as at a Brampton apartment tower, early on Friday morning.

Sometime after 11:30 p.m. Thursday, witnesses told CP24 that a suspect in a vehicle approached the northeast corner of the shopping centre near the H&M store and opened fire.

Some witnesses said the suspect appeared to be firing with a rifle.

Dozens of people were on the sidewalk at the moment shots rang out.

Officers later located several bullet holes in the side of the building.

Several hours later, police in Peel Region were called to Kings Cross, in the Clark Boulevard and Bramalea Road area for a report of shots fired.

Officers located evidence of gunfire in a stairwell of an apartment building.