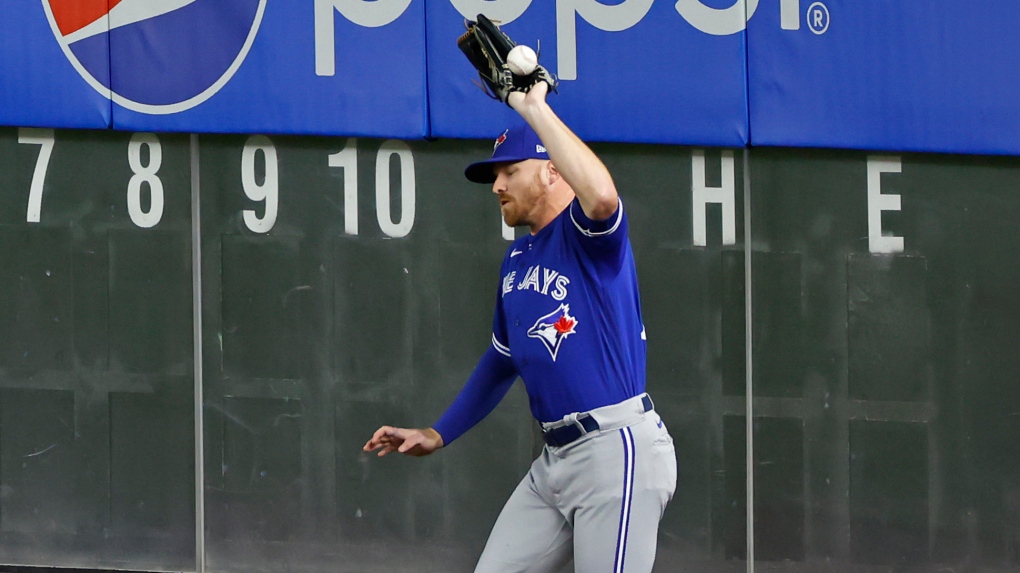 Toronto Blue Jays right fielder Derek Fisher misses the catch on a ball hit by New York Yankees' Clint Frazier during the second inning of a baseball game on Tuesday, Sept. 15, 2020, in New York. Fisher was charged with an error. (AP Photo/Adam Hunger)

The Toronto Blue Jays have traded outfielder Derek Fisher to the Milwaukee Brewers in exchange for cash considerations and a player to be named later.

The Blue Jays made the announcement on Monday.

The 27-year-old Fisher joined Toronto in 2019 after being acquired from the Houston Astros in a trade.

He was designated for assignment by the Jays on Feb. 11 to make room on the 40-man roster for pitcher David Phelps.

Fisher batted .177 with 11 extra-base hits in 56 games over two seasons with the Jays.