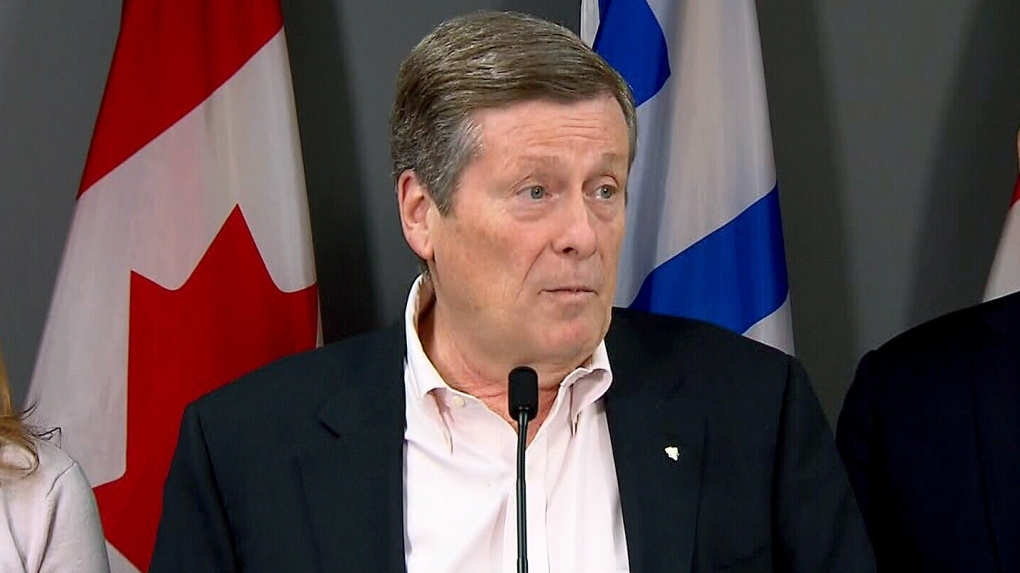 John Tory is shown in this file photo.

Mayors from cities across Canada gathered in Toronto Sunday afternoon to talk about fighting gridlock and building transit in conjunction with a national conference for municipal transportation officials.

The private meeting was scheduled for 1 p.m. at St. Lawrence Market. It took place alongside the National Association of City Transportation Officials conference.

According to a press release, members of the Federation of Canadian Municipalities (FCM) Big City Mayors’ Caucus will be calling on federal party leaders to commit to a “a permanent public transit funding mechanism.”

The current 10-year public transit infrastructure fund is scheduled to expire in 2027.

“One of the things we have not done much of in Canada is to get the mayors together to talk about traffic and transit issues, so we are going to be advocating to the federal parties to say they should all step up and fund transit to a greater extent than they even do now and we also going to be swapping ideas,” Mayor John Tory told CP24 on Sunday morning before the meeting.

“I think it is just great to collaborate and share ideas and that is what we are going to be doing.”

Tory said that members of the Canadian Urban Mayors' Caucus will be hearing from some experts from American cities who are in town for the National Association of City Transportation Officials conference.

He said that they will also be speaking with each other about things they have done in their respective cities to address gridlock.